Of Assurance and Absolutes 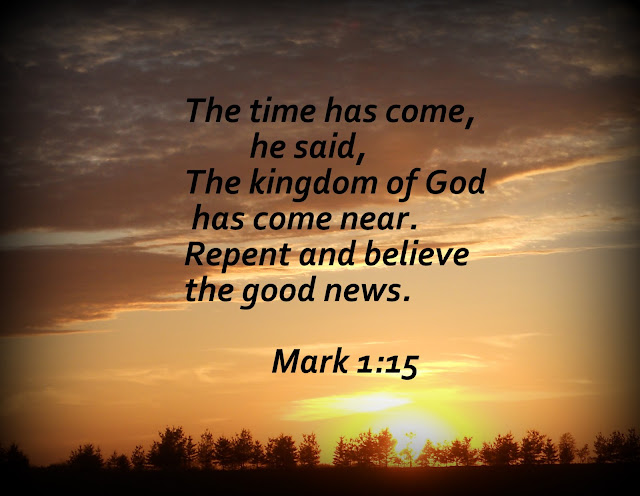 "The time has come," he said. "The kingdom of God has come near. Repent and believe the good news!" Mark 1:15

Yesterday morning at our worship service we looked at 1 Peter chapter 1. The question was asked; what difference has Jesus made in our day-to-day life as we first considered the Living Hope we have through the risen Christ and then our exhortation to holy living! I have been pondering this question since then and I believe that until we truly believe and only if we truly believe, will it make any difference and ALL the difference! Living Hope gives purpose to everything we do!
Posted by Janet Martin at 7/01/2013