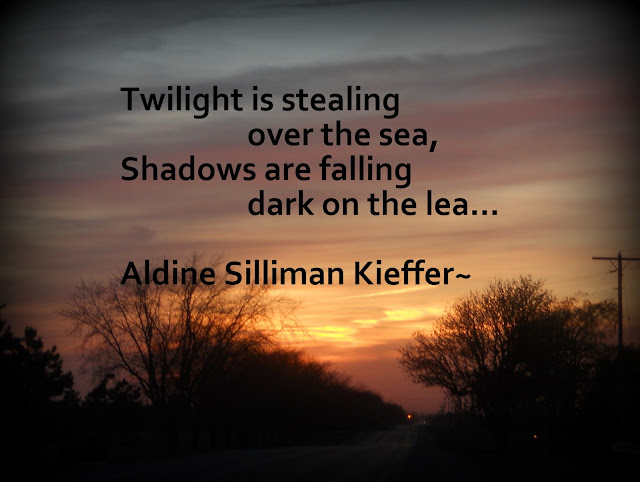 It’s twilight; the cerulean sweep of azure afternoon
Declares the glory of the Lord in soft magenta swoon
The billowed breadth of moments like a highway to the sky
Claims one more day of gathered fray into the by and by

It’s twilight; now the vesper of the sparrow and the lark
Compete and then grow softer as the purple sky grows dark
The seeds that we have sown today are transiently concealed
Until the certain harvest when its fruit will be revealed

It’s twilight; money-changers count their nickels and their dimes
The mother rocks her baby and the opaque hour climbs
Up to the pinnacle of night before the morrow slips
Across its ephemeral form with ether fingertips

It’s twilight; lovely is its languid farewell melody
As darkness spreads its being over land and sky and sea
Darling, I draw the shutters, dim the lights and bar the door
But cannot mute the murmur where ink-fraught oceans implore