Oh, What a Beautiful Heartache 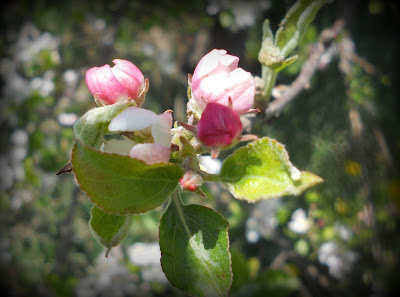 Oh, what a beautiful heartache
If this were the best there would be
The sun climbing over the tumbled ridge
And out to the edge of the sea
Oh, what a bittersweet being
If ever the best here on earth
Would be our pitiful boasting
And utmost acclaim of worth

Oh, what a beautiful heartache
To know that the rush of a breeze
Tumbling with spring’s heady laughter
Through pink-blooming wild-apple trees
Or murmur of dusk on the fallow
Where farmer and wanderer delight
Would be hope’s vertex of pleasure
Before death’s indelible night

Oh, what a beautiful heart-ache
Love’s staggering wonder would be
If flesh was our quest for redemption
Or zenith of ecstasy
What futile and feckless existence
If when this brief being is through
We hear His heart-shattering utterance
“Depart, for I never knew you”

The Vision on the Island of Patmos
"And I turned to see the voice that was speaking with me. And having turned, I saw seven golden lamp-stands; and in the middle of the lamp stands one like the Son of Man, clothed in a robe reaching to the feet, and girded across His breast with a golden girdle. And His head and His hair were white like wool, like snow; and His eyes were like a flame of fire; and His feet were like burnished bronze, when it had been caused to glow in a furnace, and His voice was like the sound of many waters. And in His right hand He held seven stars, and out of His mouth came a sharp two-edged sword; and His face was like the sun shining in its strength. And when I saw Him, I fell at His feet as a dead man. And He laid His right hand upon me, saying, 'Do not be afraid; I am the first and the last, and the living One; and I was dead, and behold, I am alive forevermore, and I have the keys of death and of Hades." (Revelation 1:12-18).