Winter Wandering of Feet and Mind 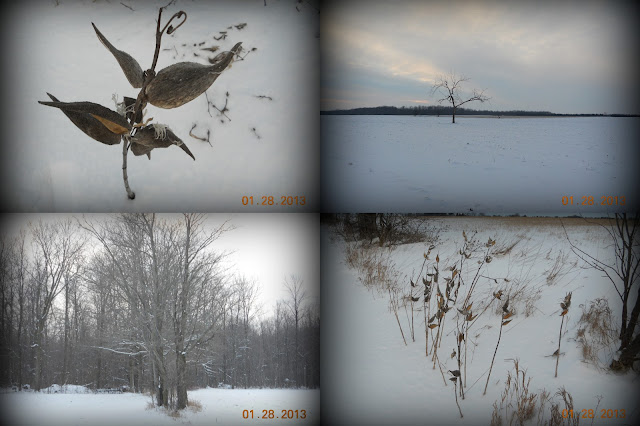 Across the frozen field of brittle plume
Raw, ragged mumbles grumble, tumble cold
They wander through earth’s barren living-room
Like wastrels searching for their squandered gold
Bronze shroud of milkweed shivers, robbed of silk
Flung fecklessly in autumn wantonness
Now sunlight, pale as sallow honeyed milk
Spills impotently on winter’s duress
While we, trespassers on its powdered hush
Caught in the vortex of longing and love
Pause on the fringe of muted underbrush
To drink the echoes trickling from above
Of green leaf sigh and murmured melodies
Borne in the bantering of summer’s breeze

The fallow, in its brief sabbatical
Inspires farmers; his anxieties
Don eager dreams; his passion virginal
Despite its annual perplexities
And as the wind sashays and pirouettes
Across the still and stricken country-side
Where furrows sleep beneath the silhouettes
Of evergreen against the eventide
And as the farmer nods beside the hearth
Of flick’ring flame while blizzards deck the fir
Somewhere within his chest as in the earth
The nucleus of spring begins to stir
Beneath life’s disappointment and its doubt
Tender belief and hope begins to sprout

The woodland does not cast judgment on us
Or render its assumptions as full proof
Of our ineptness; here kind moments pause
As we bow beneath limb and snow-scrim roof
To worship without barriers of time
Or the distraction of man’s shallow ploy
Woodlot cathedral, sacred and sublime
We praise its Maker with unguarded joy
The hour of strife’s turmoil will subside
We battle its forces beneath, above
Though gods of self are never satisfied
Our One True God simply desires our love
Here on the palm of argent hinterland
I hear Him whisper in the winter-land

Yesterday's wide open afternoon was the perfect canvas for thinking and skiing as far and fast or slow as the heart desired:) It seemed like even the wind was taking a sabbatical; all was calm and still...the calm before freezing-rain-storm.