Thus She Has Promised To Be True

How long are you going to keep this (poem/poems-a-day) up, I've been asked.
I can't say, really, other than
As long as God provides the 'page'
Why is this my answer?
Because one night I pleaded desperately to know for sure
'what is the use of poetry'?!
Is it really His calling/gift to me, or simply my passion/outlet?
So, as I prayed I made a decision that until I sense his confirmation I will take a break!
I climbed into bed and picked up a book I just purchased from a local Thrift Store. 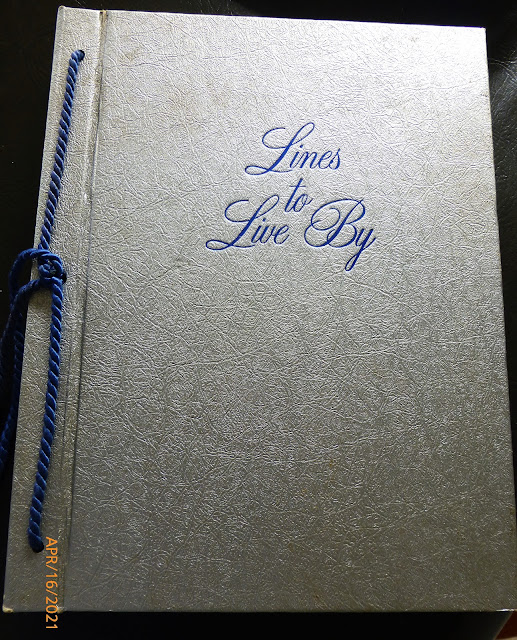 After rifling through its poem-pages, trying to decide which ones to read
I decided to start on the very first page... 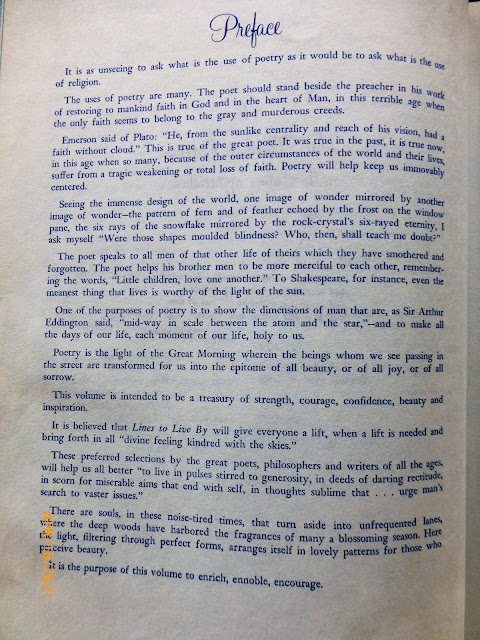 I have not looked back since (only up)
until the Giver deems otherwise...
Thus, this student asks for grace from those
who are far more fluent, educated etc.
By the grace of God, write I,
for his honour and glory
with gratitude for what He gave (and withheld)!
When I was a youngster I was sure that shining athletic abilities, esp.
in volleyball or baseball was where true happiness lay!
So I would practice literally for hours throwing/heaving
a ball into the air and catching it.
My payoff? black eyes, and skinned elbows and knees
as Best Effort stumbled and slipped and misjudged...
(Contrary to what I was told, practice simply would/did not make perfect)
To this day still, when I throw a ball
where it will land, in which direction, is anybody's guess.
Yes, often behind me, and I'm still baffled
as to how that happens😂
I have discovered that happiness lies in accepting and being grateful
for what is lent and Thus, being mindful on how it is spent. 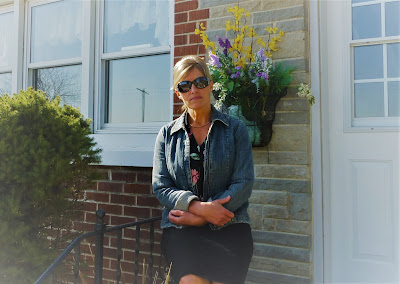 He cupped her in His hands and said
No athlete, This Wee Miss, instead
I’ll weave within Her filigree
A soul that aches with poetry
A hunger, not appeased with bread
I’ll plant her dust with word-lust’s corm
Not gift of gab, nor dancer’s form
But ears to hear and eyes to see
The Font of would-be poetry
To take her modest frame by storm
I'll let a poem fill the gaps
That some assuage by swimming laps
I'll let a page produce the rush
That some engage with paint and brush
I'll tune Her to the tree that claps
Thus, she has promised to be true
To tides that rush her through and through
In oceanic ebb and flow
To grapple with the undertow
Of poems without voice or hue
There is a world that waits to shine
Its gates pearled with breath-soft design
Where trust must pry a sigh apart
To trace the trestles of the heart
And wrestle stars to lilt and line
She reaches up, feels for the hands
That cupped Her as He wove her strands
To sift the quickened sands of time
And snare its rhythm into rhyme
Knowing the Weaver understands
When is enough, Enough, some ask
While heavens tip dawn’s mercy-flask
While hills and rills run wild with spring
While His touch instills everything
That fits the poet for her task
© Janet Martin
You will go out in joy and be led forth in peace;
the mountains and hills will burst into song before you,
and all the trees of the field will clap their hands.
Isa.55:12
Posted by Janet Martin at 4/16/2021