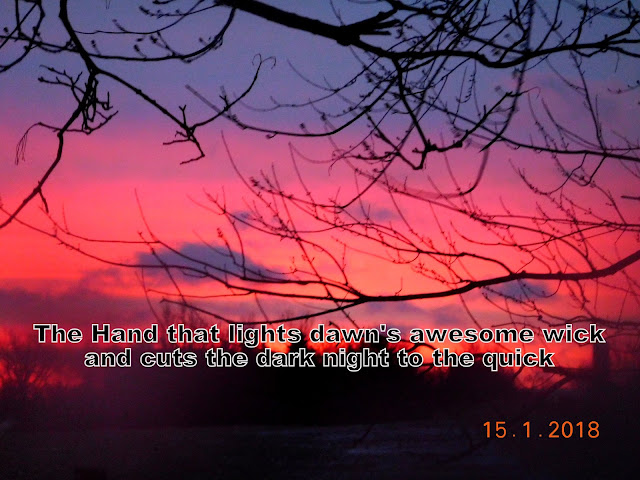 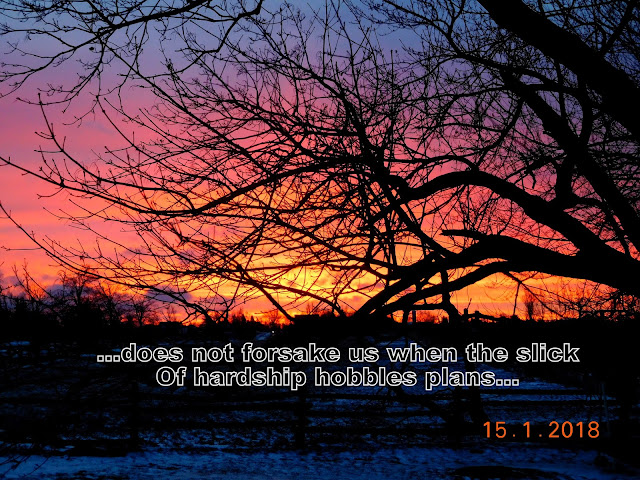 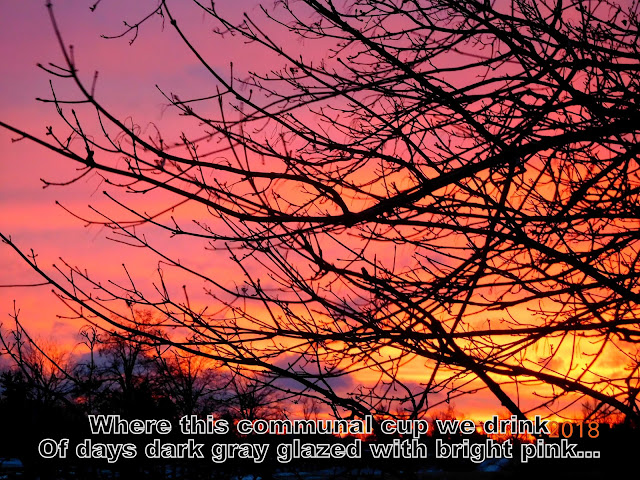 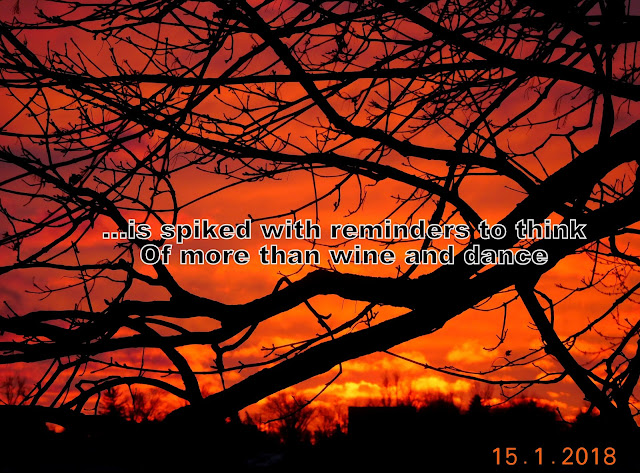 Psalm 9:10
And those who know Your name will put their trust in You,
For You, O LORD, have not forsaken those who seek You.

Sometimes thought’s eager feet get stuck
In murky streets of mud and muck
And we need more than mere ‘good luck’
To get from here to there
Boast bows to taste the beggar’s crust
Death wows defenselessness of dust
Time flowers with need for more trust
Hearts bleed, greedy for prayer

The hand that lights dawn’s awesome wick
And cuts the dark night to the quick
Does not forsake us when the slick
Of hardship hobbles plans
Where this communal cup we drink
Of days dark gray, glazed with bright pink
Is spiked with reminders to think
Of more than wine and dance 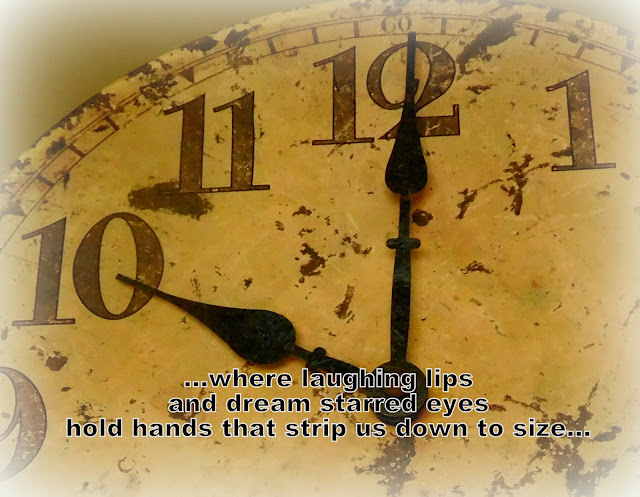