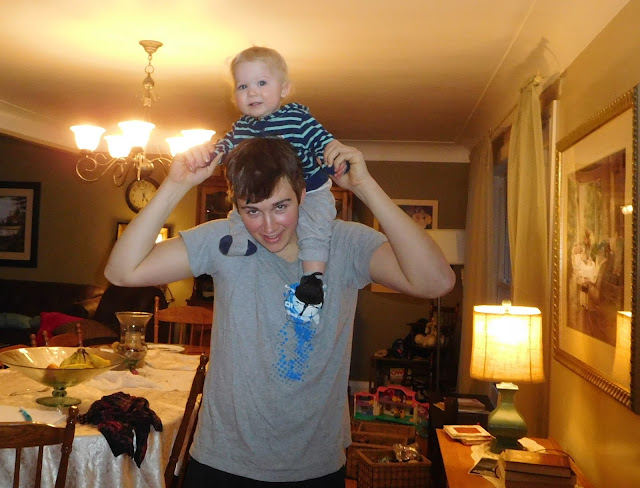 When Brantley isn't horsing around with auntie or Uncle
he likes to stand at the kitchen window and look out at the world. 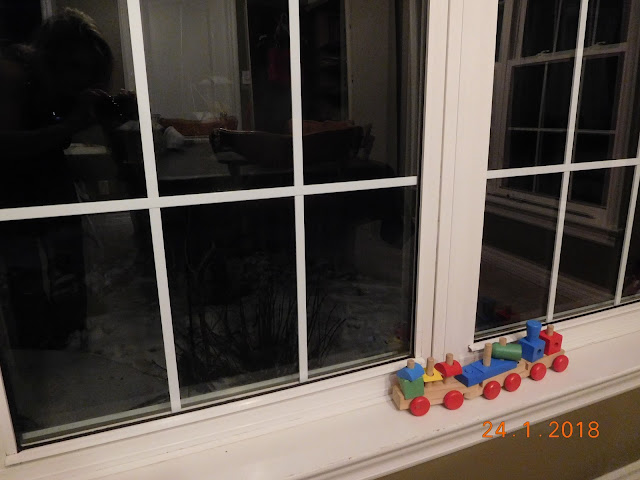 Tonight after supper as he stood there I wondered if he wondered where his world went...

Now trundles through the countryside
A drifter known as Eventide
His coat is velvet dark-blue-dyed
Soft, soft his footsteps fall
And in the ebbing light of day
While vesper’s benedictions play
Croft and hillside slip, slip away
Beneath a shapeless shawl

And all that we have left to see
Of this small day that used to be
Are memories of you and me
No drifter can rescind
He wanders up and down the street
Across bare fields once bronze with wheat
I hear him whistle, low and sweet
Or is it just the wind

He climbs time’s seasoned belvederes
And flings the coat he’s worn for years
Across a world that disappears
In windows framing black
Save ribbons trailing purple-pink
Along the paling tree-lined brink
He waves his farewell wand, I think
With starry bric-a-brac