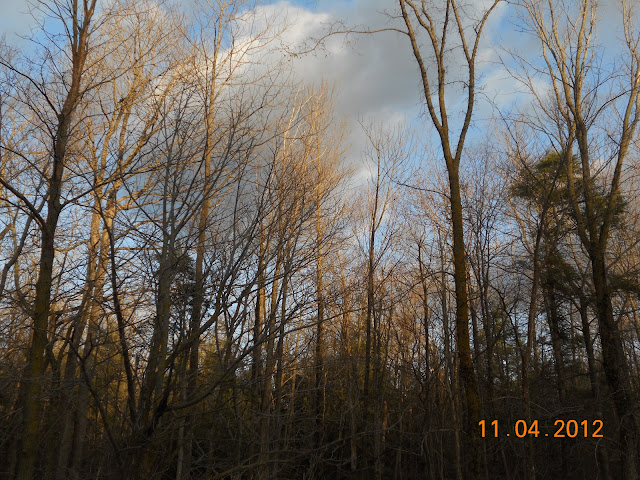 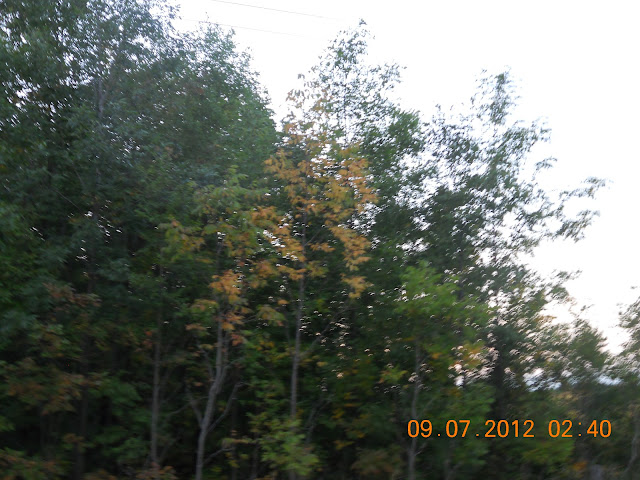 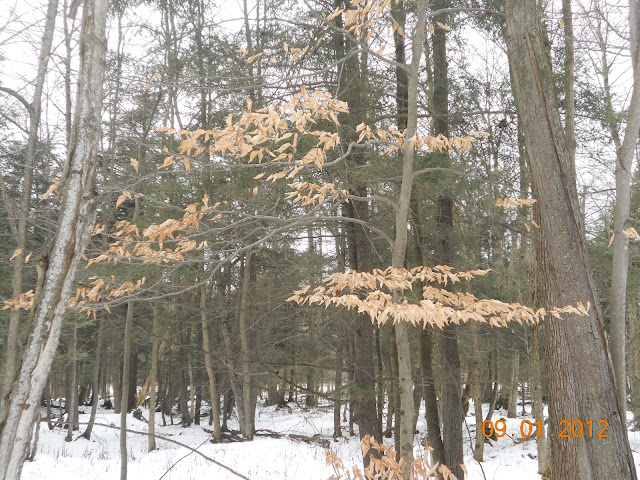 Tonight on my run I noticed the brush of fall
against the woodland that seemed to have been in bud only yesterday...