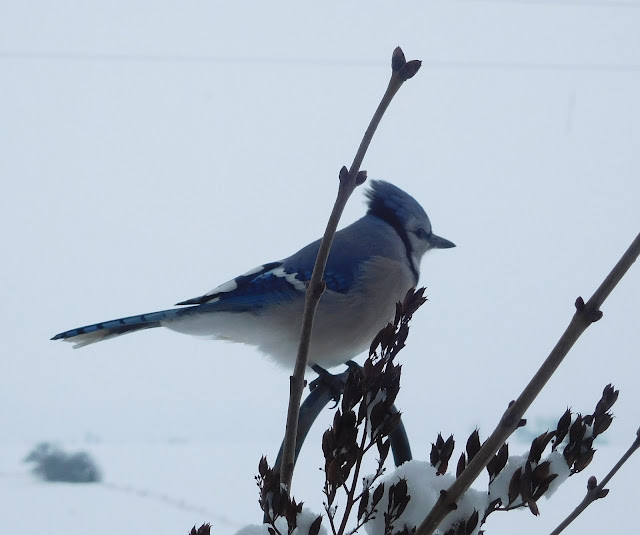 I was going to add a few more pics but our internet, after being down for a day is still extremely slow,
so maybe later if it starts to work better...

The limb that languished, barren-brown
Is swaddled in soft snow
The thicket thick with winter’s down
As all the earth below

..and tucks its ruckus out of sight
Where ghost-like footsteps fade
Into a world of white on white
That winter’s Artist made