Sonnet on the Unraveling of Summer...or is it Life? 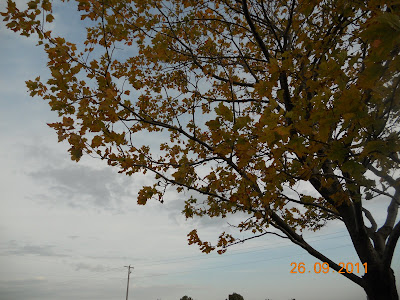 Politely we take our seats, as it were

Upon the long side of the afternoon

To behold the unrav’ling of summer

Stealing the murmur of warmth from the sun

Where rust-petaled dreams parade to the dust

Even the rhododendron must succumb

A stealthy Spartacus captures the land

The tallest oak tree is no more immune

To pleading its grandeur ‘neath his command

Than the starlight of pallid anemone

Soil is the equalizer of earth

Where nature and mankind will not sleep

Segregated by rank, status or worth

As winds and cent’ries the blood-stained sands sweep

The tears of the rich and poor man agree

That life and death wait beneath the same tree

Unable to maintain its green façade

The pious marigold prepares to die

The scornful weed reckons now with his god

Autumn is not a ruthless calliope

Serenading the slumber of a queen

Nor is he a grand, flagrant new-comer

But simply a hand unrave’ling summer