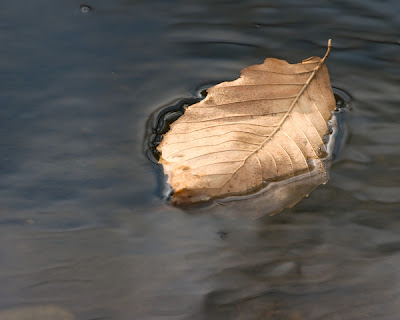 She lies in wait of things to come
Beneath a cool, blue moon
The trembling of imminent dawn
Breathes on the dark-rimmed dune
Where currents of an unseen tide
Have claimed fair summer’s boast
As burnished fingers brush aside
Her eager, verdant ghost

The pastureland of summer’s bliss
Is naught but trodden dirt
Spring's cheek that drew her lover’s kiss
Is streaked with beauty’s hurt
The palms that opened to release
Impatient, rushing dreams
Have seen the fruit of its increase
Like leaves upon a stream

Sometimes I find the title the most challenging part of a poem.
First I had- In Waiting
Then I thought maybe Middle-aged Mother (or woman) would open the reader’s mind immediately to the two tones in the poem,
But then I wanted the reader to see it for themselves so I chose Autumn’s Approach.
This morning it is cold and I felt ‘The Approach’ on more than one level;)
Posted by Janet Martin at 9/15/2011