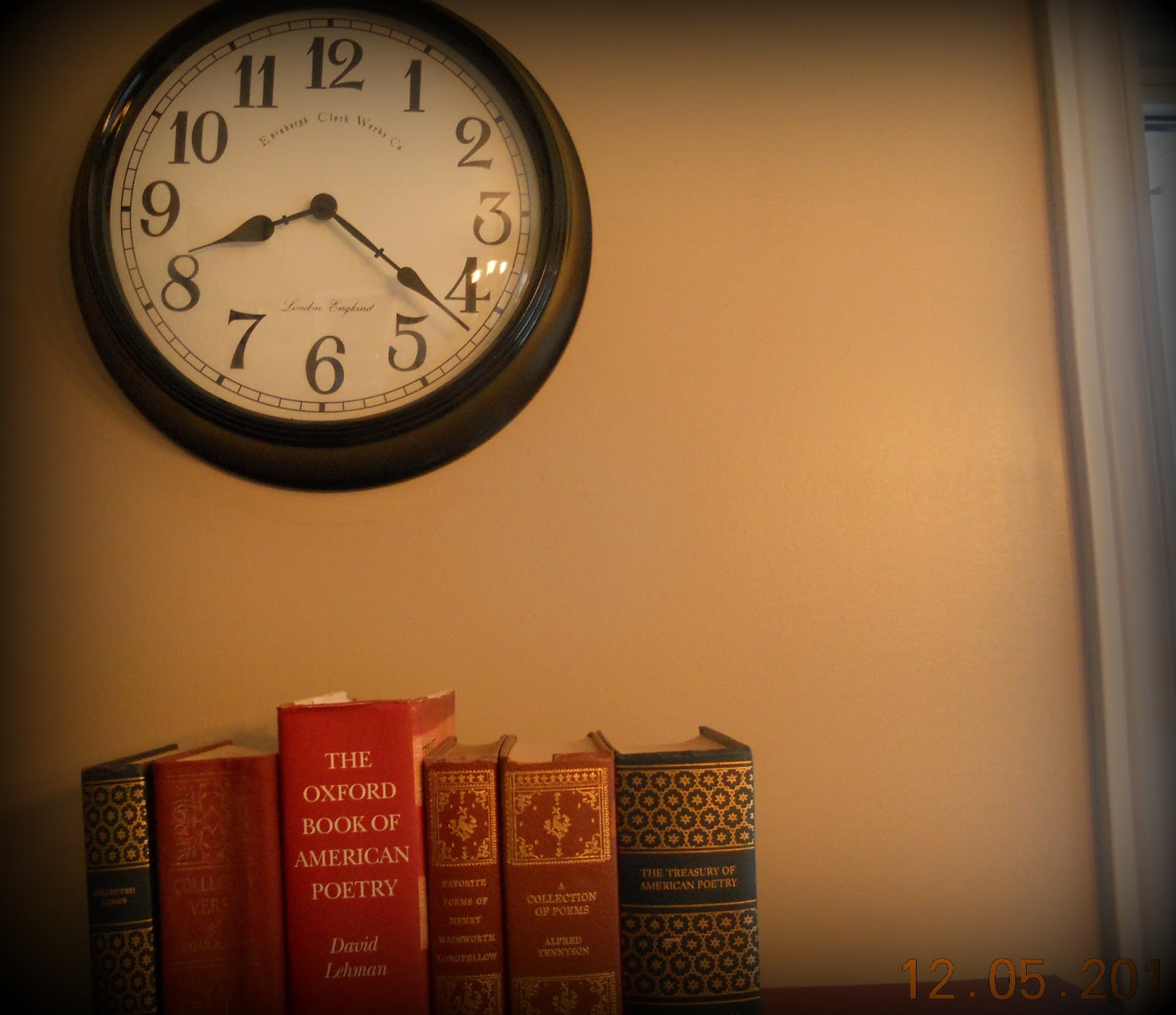 The clock laughs from its perch
And doesn’t seem to care
How fast it eats the morning
While I throw a little prayer
Into the air, because the clock
While we were taking-giving
Took what we thought was time enough
And turned it into living

The clock winks from its perch
Imbibed by faded summers
…a constant farewell flow and lurch
Welcomes naive new-comers
While we, both blessed and burdened
By the ether of its order
Chase feet with prayer because the stair
Of time is getting shorter

The clock grins from its perch
It never snores or falters
Where work and home and school and church
Shape and re-shape our alters
We take and break clock-offerings
They spill in faded flowers
The clock tick-tocks, laughs, winks and grins
And plants the air with hours

We got home late last night, resulting in a morning of almost-missed buses. I stood in the door-way flinging prayer to the air, asking God for His care to bless and keep...
Victoria's blissful, leisure enjoyment of honeycomb came to an abrupt end as as Mom noticed the clock..."BUS TIME!!" 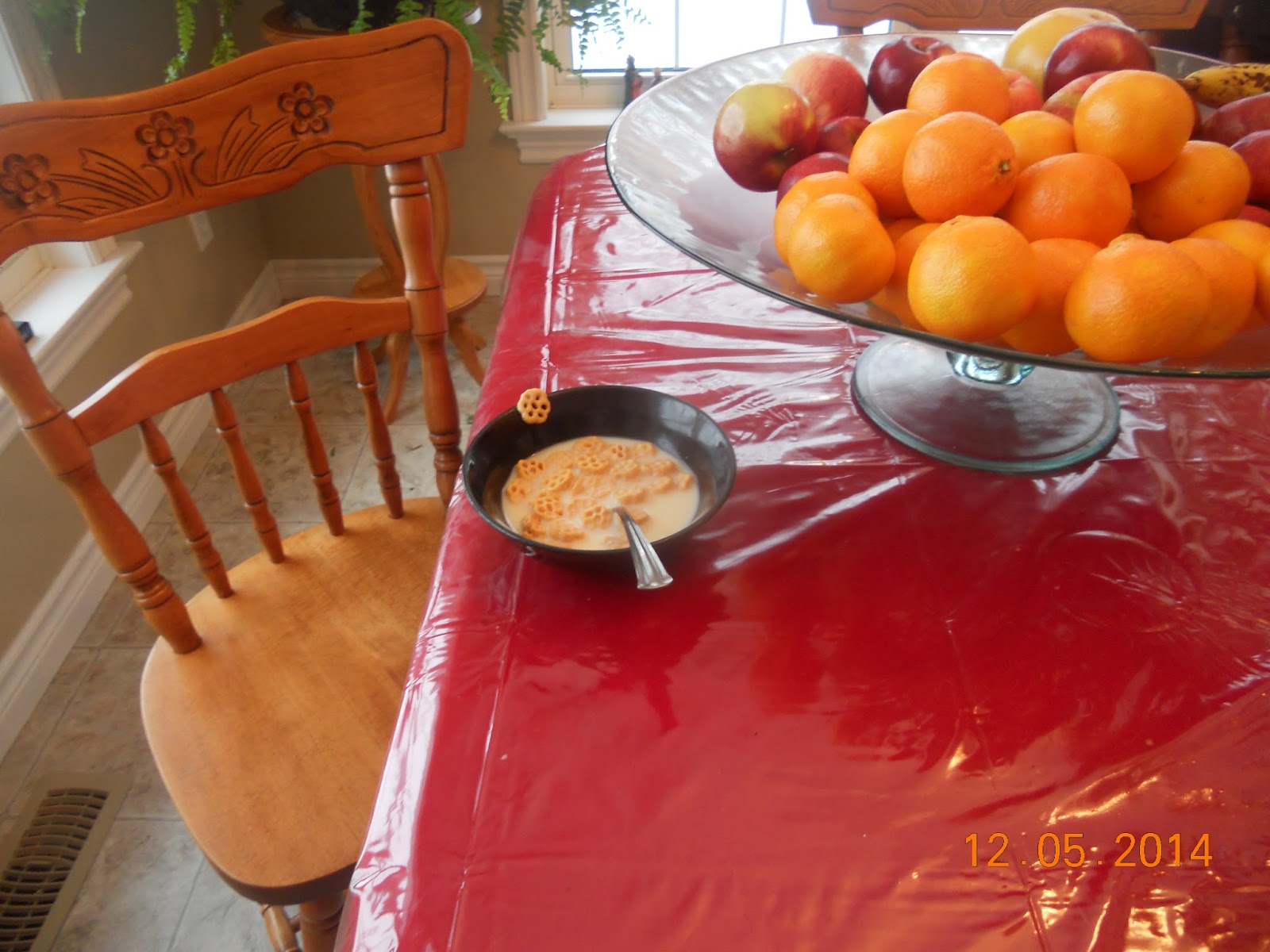 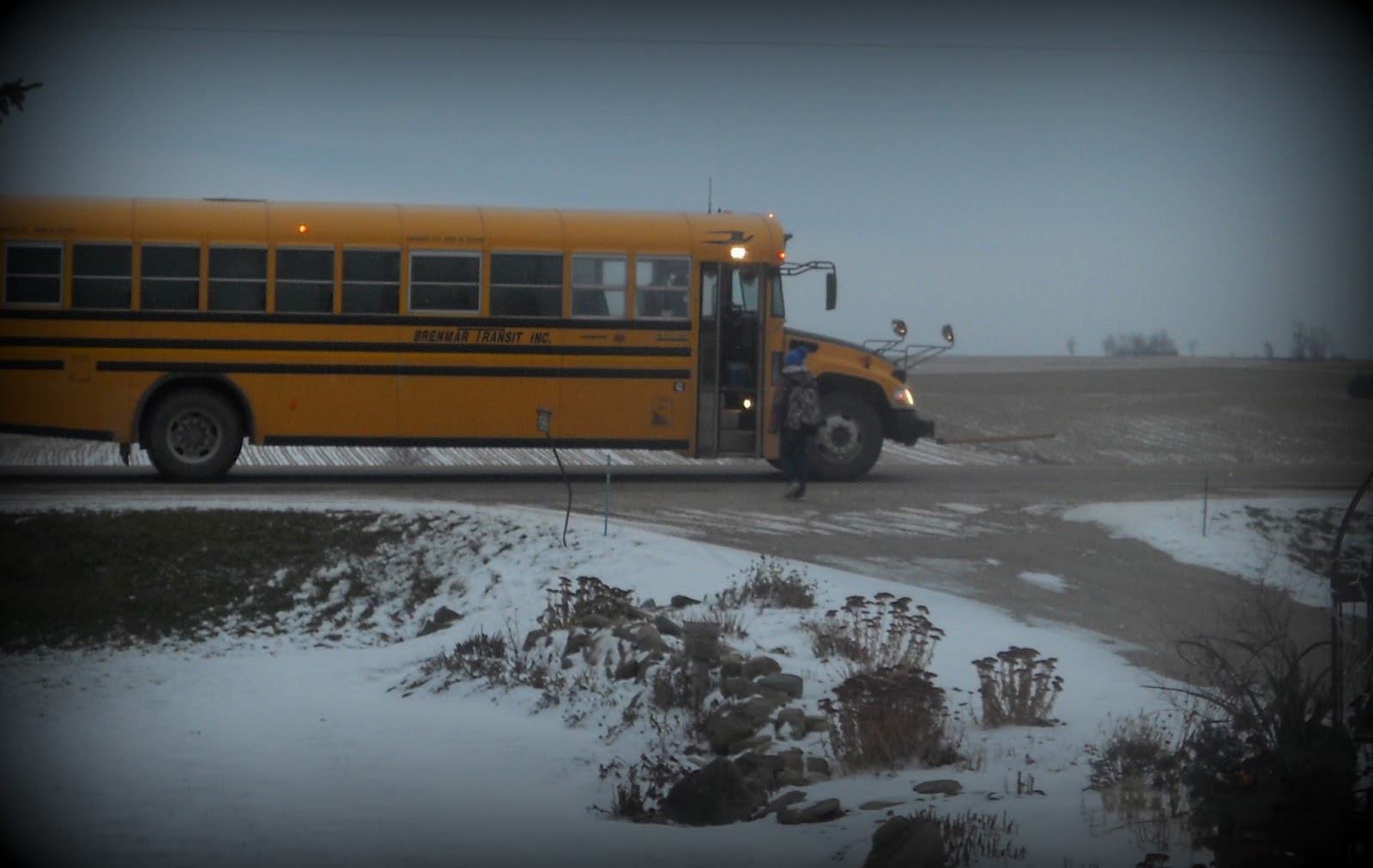