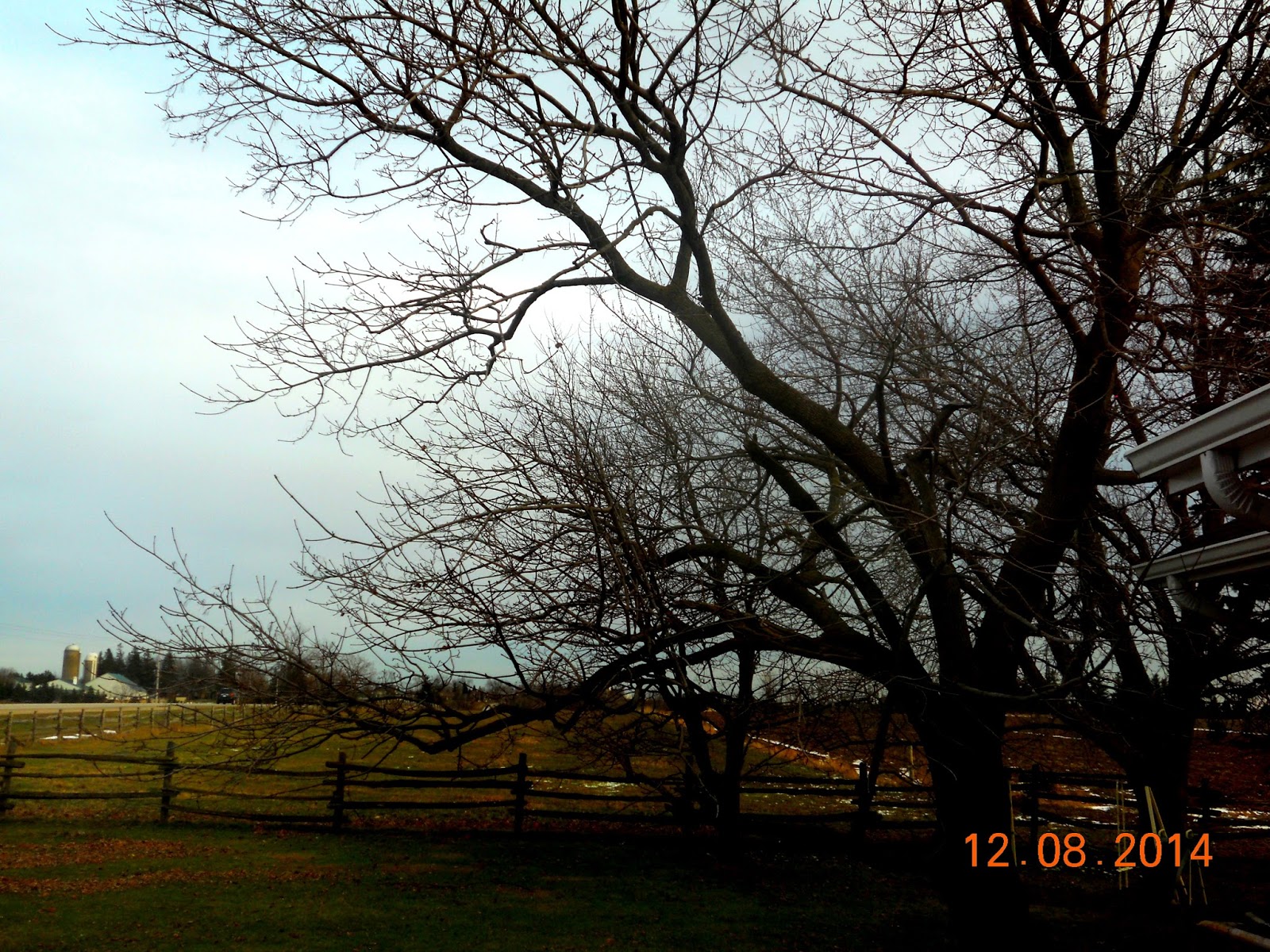 The marsh that throbbed with giddy trill
Of spring-peepers, is stiff and still
The garden, once a paradise
Of bloom; a tomb of tattered sighs

…and strips the bud that broke and thrilled
The limb where spring and summer spilled
To winds of phantom, freight-like train
That brings December once again

I was inspired by the scraggly limbs outside the window...gone the sleepy, leafy sigh of summer-autumn lullaby

December's crown is a little brown right now...but we're not complaining. November was much whiter than we needed it to be;-)
Posted by Janet Martin at 12/08/2014