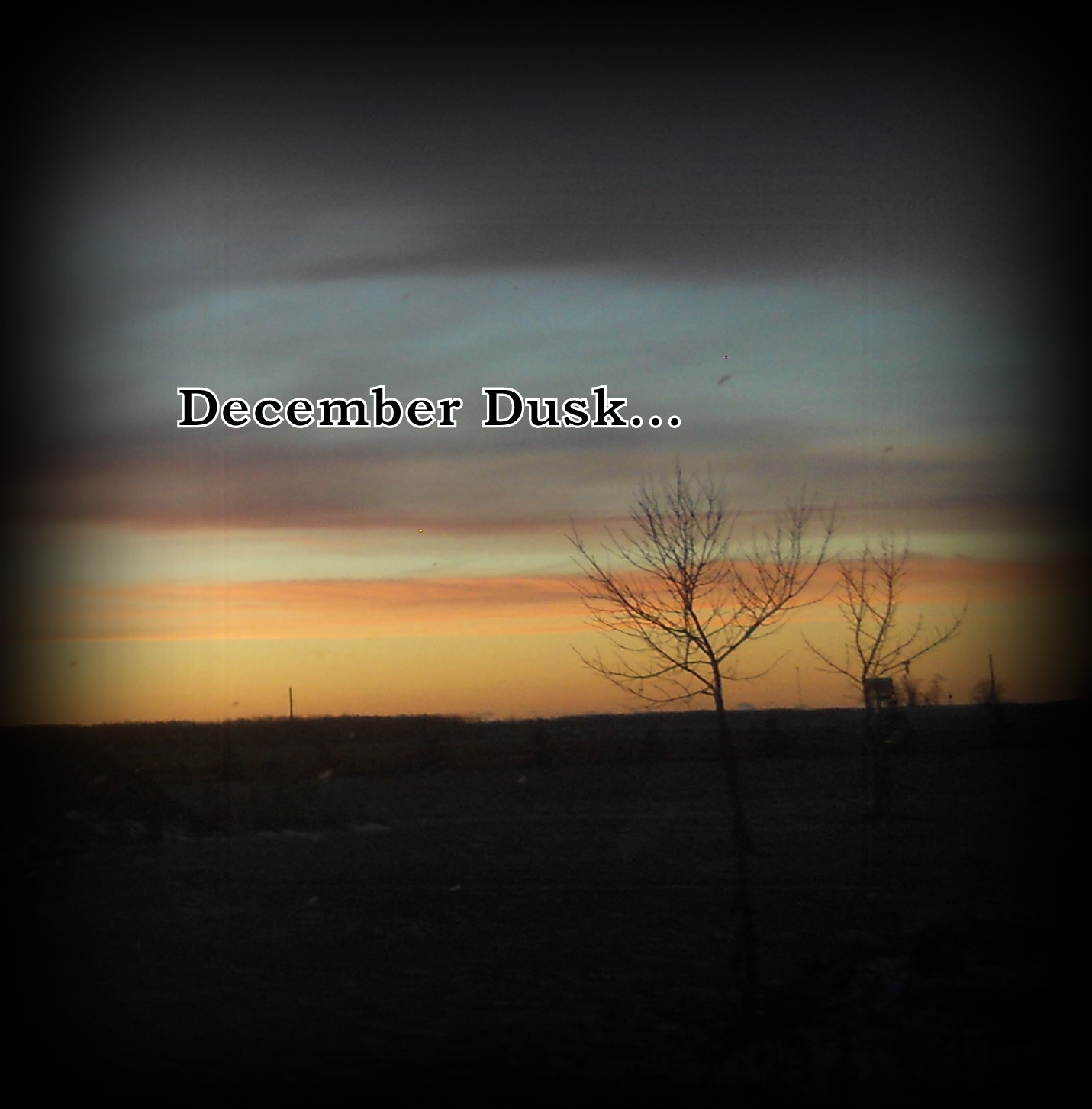 December twirls smoke-curlicues
To avenues of bluer blues
Outlines are stark before the dark
Of dusk bids brusque land-lords adieu
The lowering of evening
Is tangible, its air a cloth
Spilling in satin seraphim
And overtures of ether Bach

Soon afternoon is stripped of light
Tuning tresses with silent night
As star-froth falls to deck the halls
Of hill and field in silver-white
And bard becomes a beggar where
The yard and boulevard are bare
Of rush, the plush of velvet hush
A brush on dusk’s flushed thoroughfare