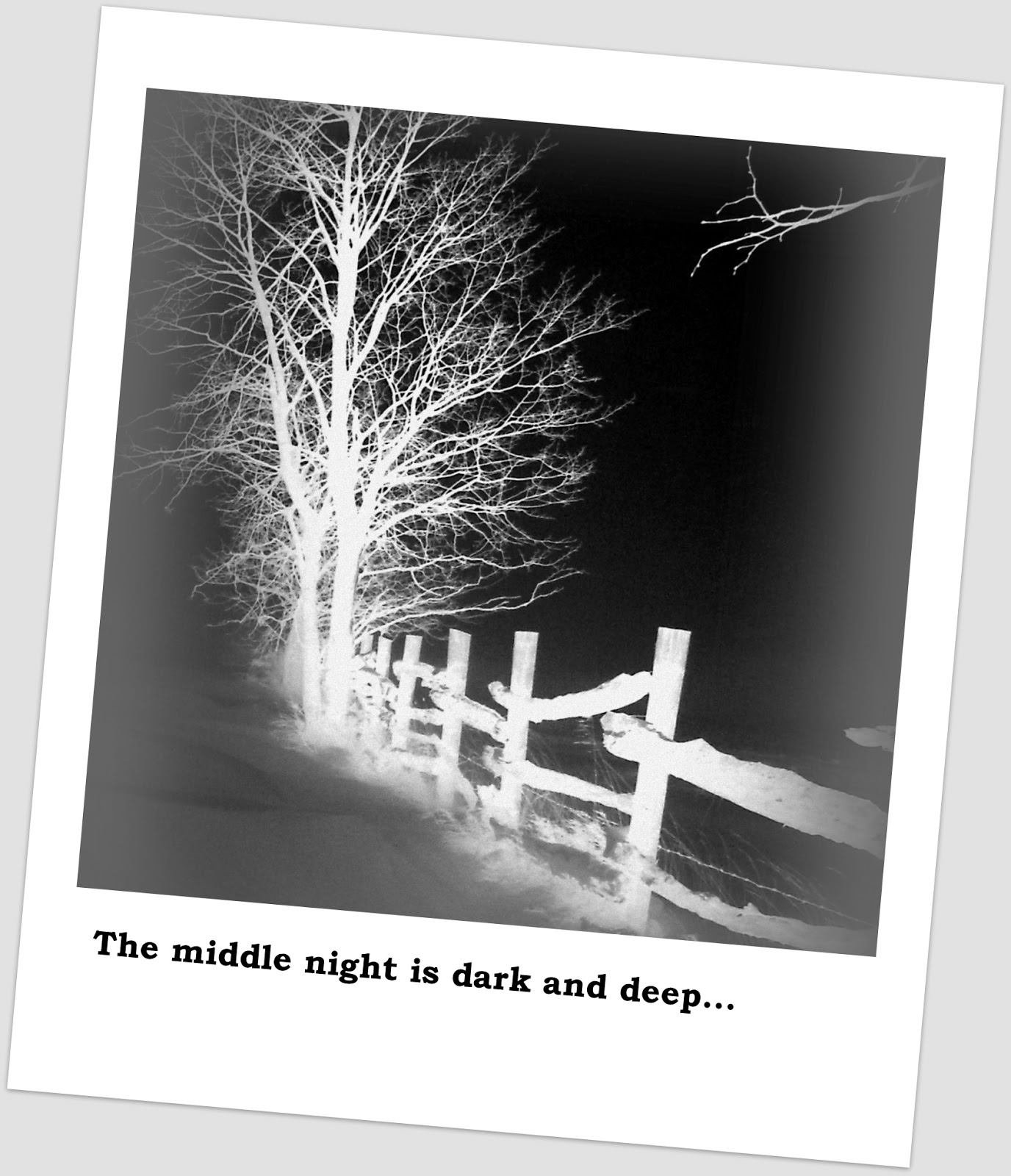 The middle night is dark and deep and sages sleep while poets fight
Rife tides that never slumber but humbly beseech their hands to write
And so they do, sail out into a frost-fraught solitude where thought
Is stirred and drifts from word to word to find the very one it sought

The middle night unbars the stars soldered by daylight’s polished poise
Now torrents of both loss and love thunder through thought without a noise
Then, softly falls upon the page, its madrigals of ageless age
Like blood-drops from the battle-wounds in wars that only poet’s wage