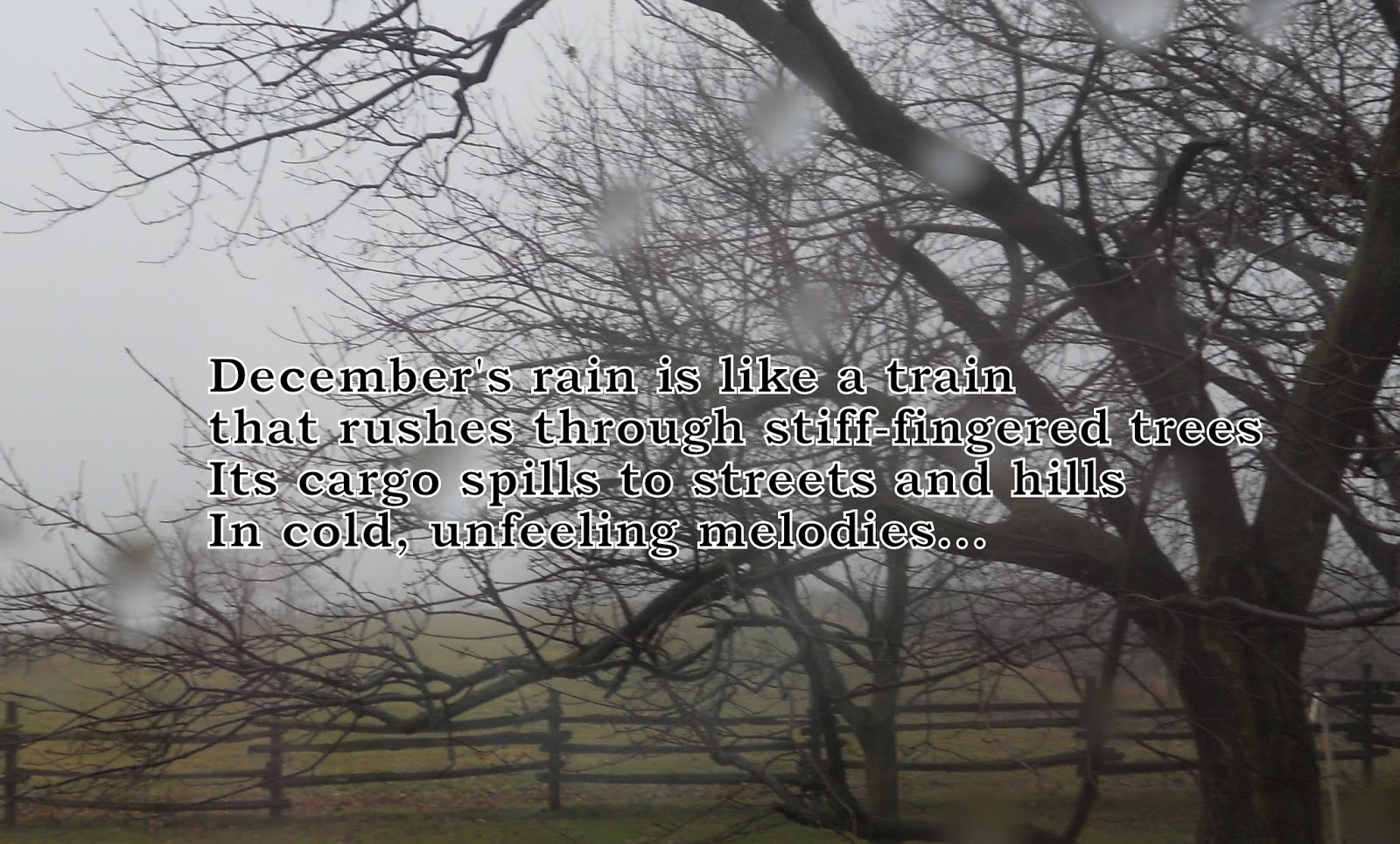 ...well, so much for the plan to dry laundry out-doors...

December’s rain is a refrain
Unlike those splashes in July
It weeps from heaven’s lowered deeps
A morbid, midday lullaby
And pelts the window-pane with tears
Hard-wrung from frozen yester-years
Where every summer disappears
To gardens in thought’s eye

December’s rain evokes a strain
Of echoing farewells and dreams
It breaks the sky where heaven-sighs
Are too heavy for vapor-seams
And spills in autumn-postlude where
No leaf flounders upon its stair
Of pewter-gilded, groaning air
And moody-brooding streams

December’s rain is a freight train
That rushes through stiff-fingered trees
Its cargo spills to streets and hills
In cold, unfeeling melodies
As brave feet dash with common goal
Where fires warm both hands and soul
While December rain shiver-rolls
Across a world of seas