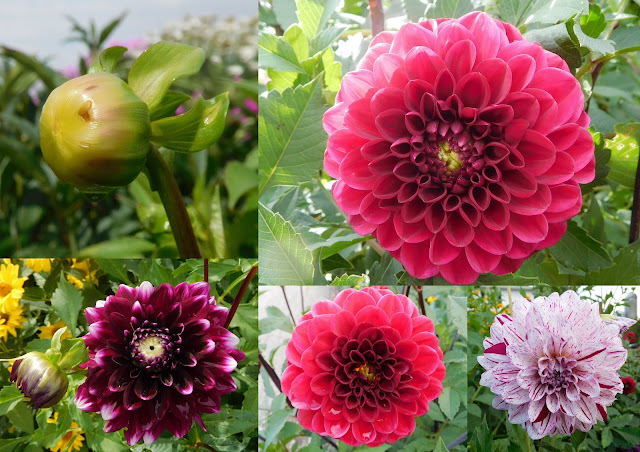 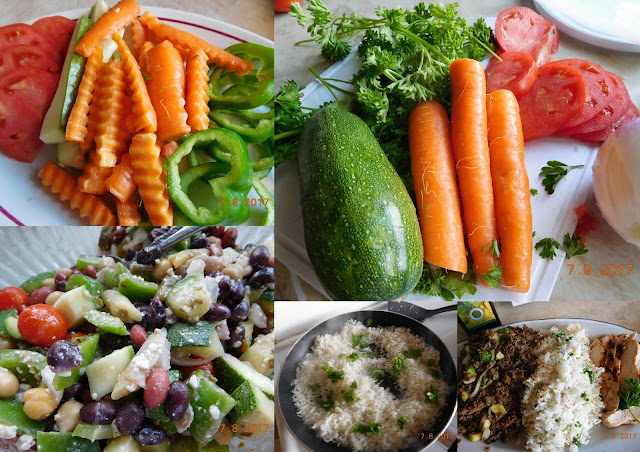 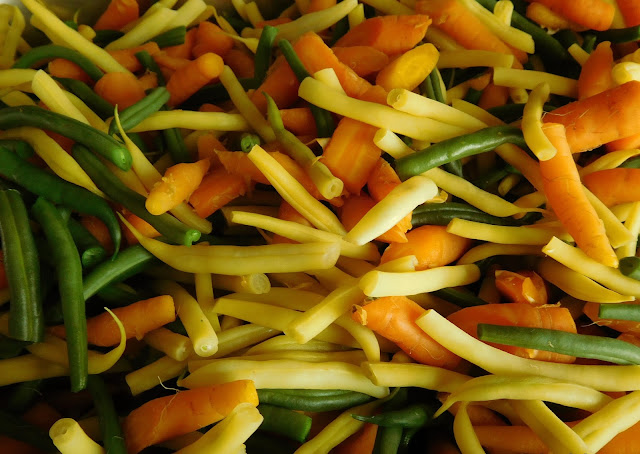 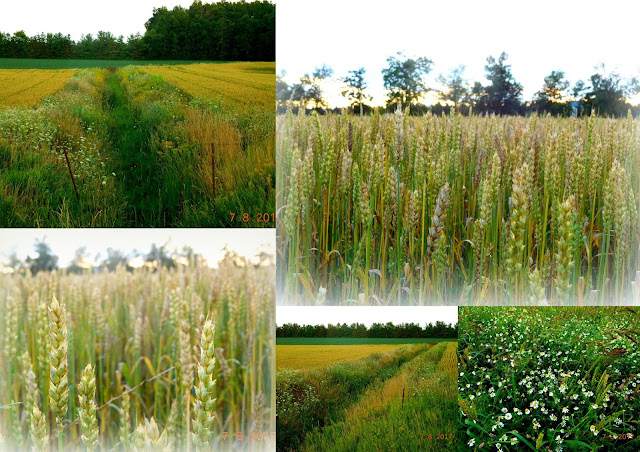 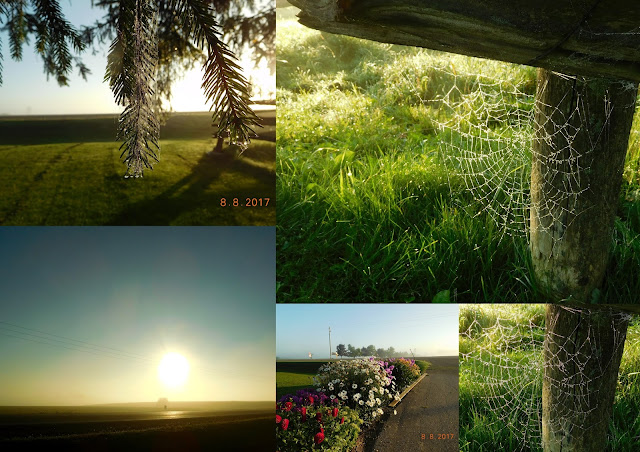 Whether in the garden or kitchen,
Whether dawn or dusk
August is a rainbow

Beneath halcyon heaven’s hills
A heath of rainbow ribbon spills
It frills the rills of musky husk
And swells in dells of dewy dusk
Where bulrush drains the creek’s refrains
And troubadour of Time unchains
Pulsed vibrato of cricket lay
And stubble-sweeps where wheat fields lay
Fringed with bronze frond, amethyst pond
And dawn’s silver, mist-kissed Beyond

…where everywhere the keen stare looks
Earth flares with wild-bloom garden nooks
Its splay rivals with arrayed rows
Of corn-bean-beets and tomatoes
We snare its fare in jugs and jars
In pictures framed with daydream-stars
The hazy laze of mid-day droops
And draws chit-chat to shaded stoops
To mingle with green-leafy sighs
A-a-h, August; summer’s paradise

Heatwaves ripple on dust-glazed street
And slows the banter of bare feet
Now dash, now splash, Want’s fathoms fade
In cool blue pool, pink lemonade
And August is the poet’s loom
To weave with gold and purple plume
An echo-lay of days gone by
March-April-May, then June-July
Cat drowses in the pumpkin patch
Breeze browses through corn-tassel thatch

A-a-h August; bees buzz vine to vine
What is fills what was; bloom bells chime
Holly-hock, larkspur, zinnia, rose
A rainbow-ream of petals flows
In drip by drop like tick by tock
Into a vault of ether lock
As summer’s sultry color-world
Is gleaned and shucked and weaned and curled
Into a song of hued delight
To play when all the world is white

I always forget just how much I love August in southern Ontario until it is here again...

(photos below do not do justice to dew/rain-glossed roses, but it does grant a glimpse of the awe in a-a-h!!) 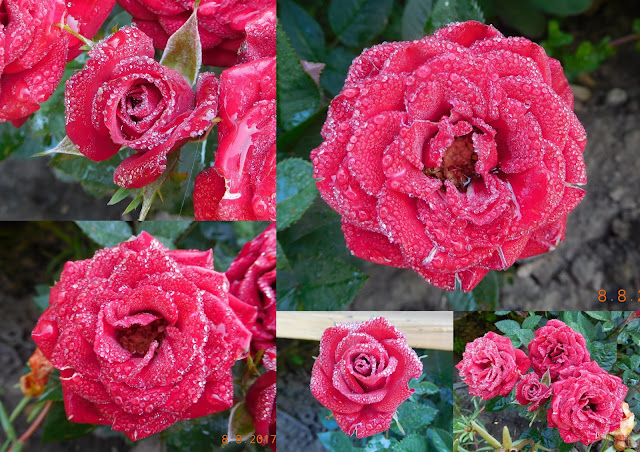