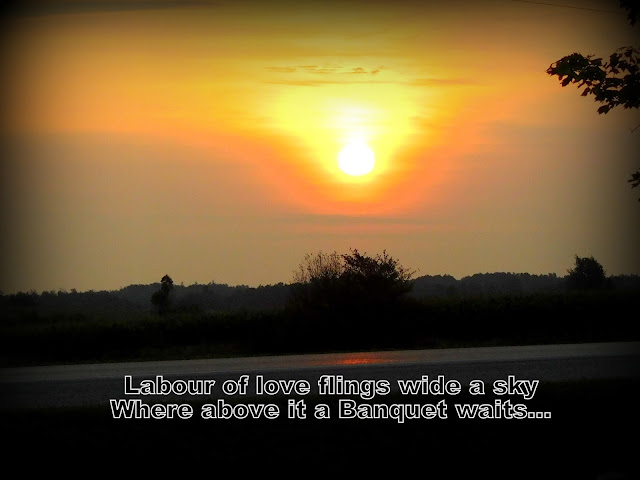 Labor of love flings wide a sky where above it a Banquet waits
But God so rich in mercy cannot seal Redemption’s holy gates
And so in love He stirs the deep with what may seem a common splay
But is in Truth the living proof of His kindness; we call Today

The way from Here to where there is no way to undo ‘no’ or ‘yes’
Is not some fluke free-fangled, dangled hit-or-miss fail-or-success
The happiness of human heart is not and never was love’s quest
But for those who hunger and thirst for righteousness; they will be blessed

These byways filled with broken beggars bent on breadcrumbs, vile and base
Moves God to move the night once more to usher in new day of grace
His faithfulness flings wide a sky beneath a Banquet Hall that waits
Because the call that fills That Hall will also seal Redemption’s Gates