According to the forecast one would never guess that we are two days away from Autumn's official beginning... 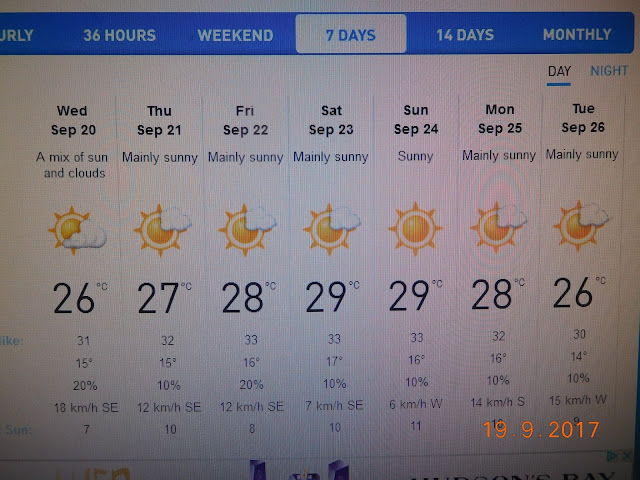 But she is making her presence boldly known in splashes of scarlet and gold... 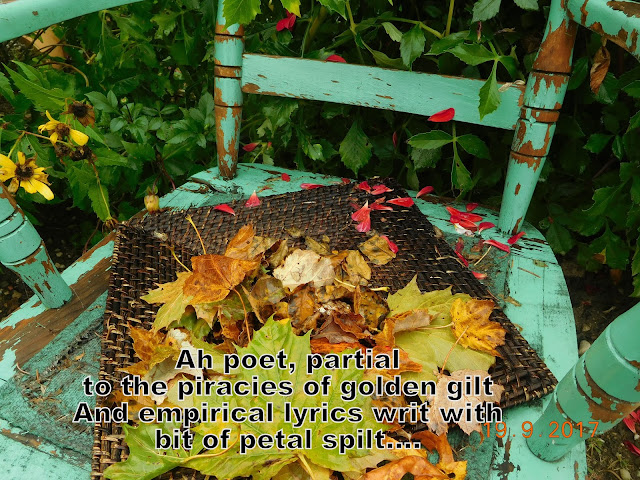 Ah poet, partial to the piracies of golden gilt
And empirical lyrics writ with bit of petal spilt
From Duty’s beauty-métier, Love casts a wistful eye
Where Time pours tints of cabernet to limbs of lullaby

The earth and the fullness thereof belong-eth to the Lord
So too each day; Summer's tray spills a bittersweet reward
For always with the holding comes its sacred severed tie
Flamboyant frolics folding into hymns of hush-a-bye

Tomorrow’s tabled tombstones, some we guess at; some we know
Ah poet, dip your quill into time’s inkwell of hello
For where fair flower-rivers rush through dreamy stare and sigh
It drains its rainbow-giddy gush in leaf-by-leaf goodbye

The orchard bows beneath the boon of harvest-swoon, red-sage
Forever is a feather-flourish on a fragile page
Where summer, like a shadow or a friend lost far too soon
Fashions thought’s tender splendor in the soul-song of the moon

Ah poet, prone to lament the monotone undertow
That dwindles in its giving and grasps in its letting go
Like a slow dance of sorrow-joy, troubadour caught between
The bliss of what is waiting and the kiss of what has been 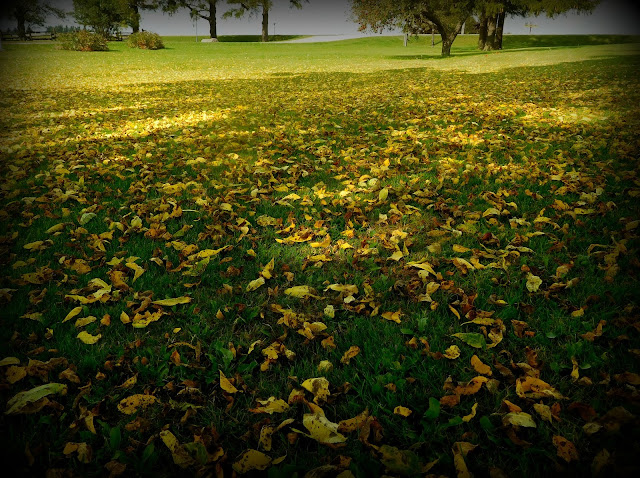 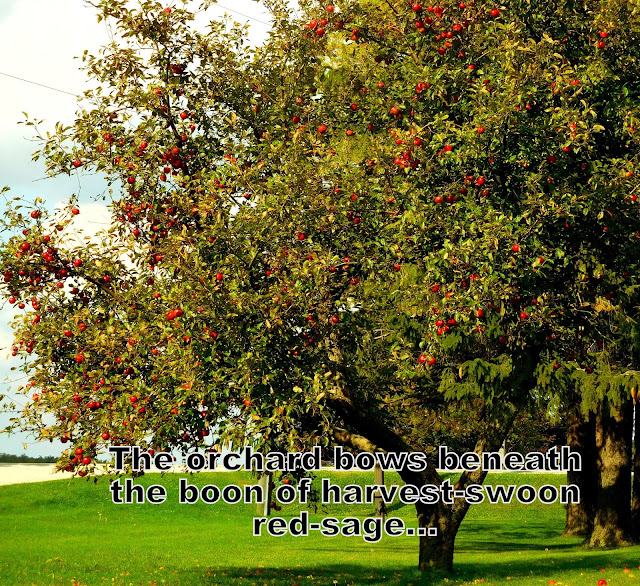