Does Almost-April's-Artist ever stop you in your tracks with a big, old WOW!
Stunning simplicity is his style... doesn't it just make you wanna smile BIG? 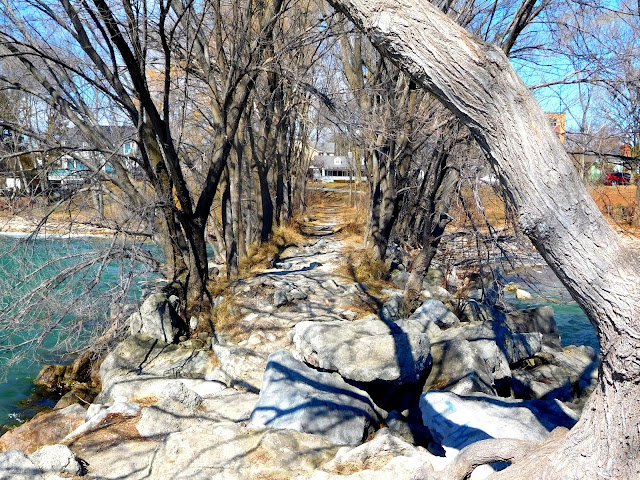 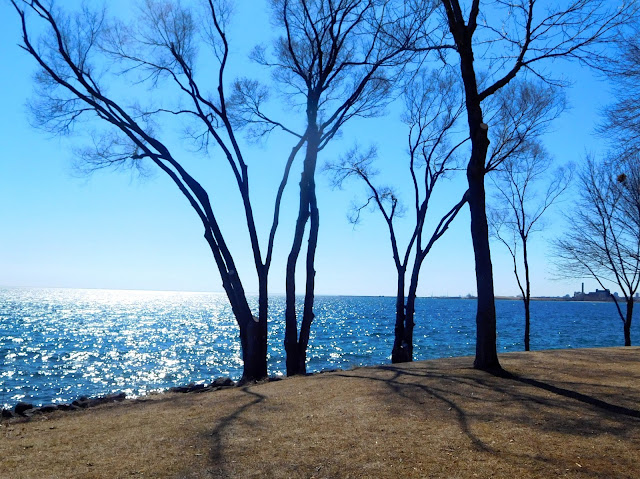 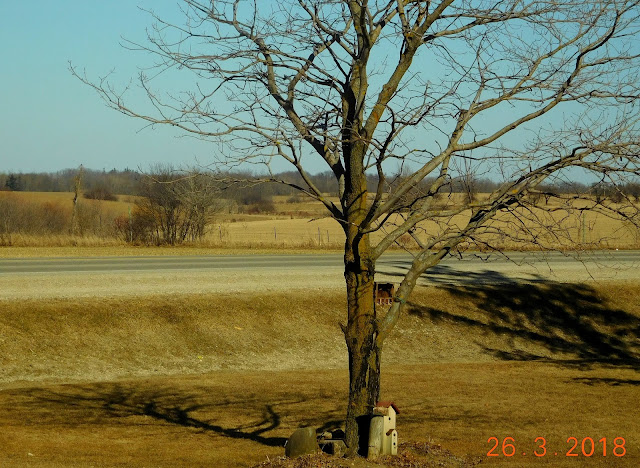 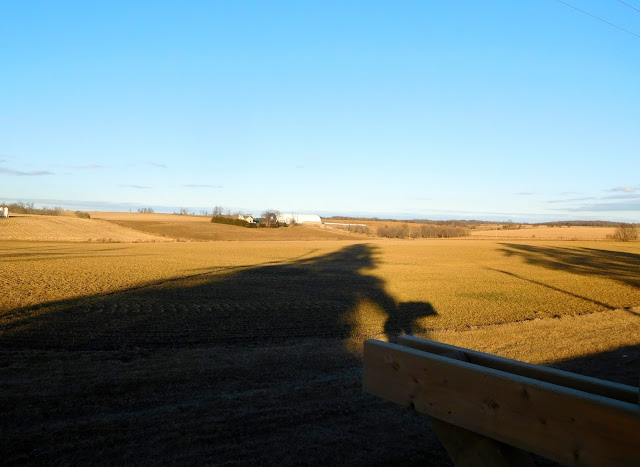 The art of Almost April etches the outline of naked trees
Like masterpieces on earth’s barren girth of wind-swept leas
It steals the breath of on-lookers eager for canvases, un-white
And keens the sanguine summer-dreamer’s bloom and green-leaf appetite

The art of Almost April often under-rated wows us so
It’s supercalifragilisticexpialidocious. Oh,
Then stop and tip your fine felt hat to the painter of whimsy, dear
With but one color on his tray to decorate earth’s plain veneer 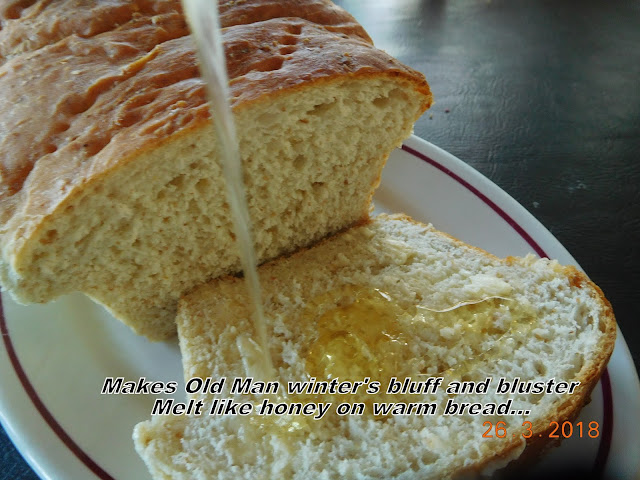 I couldn’t figure out where Brantley found a piece of bread he was gleefully chomping on
…until later when I peeked in where I left the oven door open a little to finish cooling the loaves! 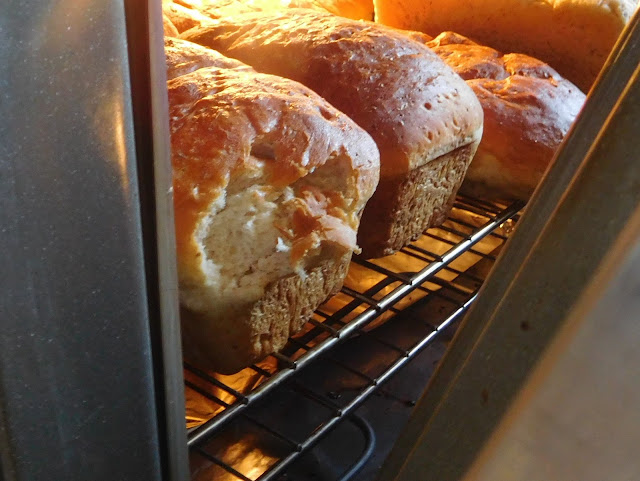