Here's to the last week of September/summer's embers...
This poem is for we who mourn the loss of sun-warm hours and flowers
Yet eagerly await autumn's ambience and Beauty-brilliant bowers
I had to keep reigning this poem in...
It was eager to become a full-fledged fall poem but not yet!
Let's linger on September's remnant, shall we?
Time enough for autumn to have its way...
I couldn't quite decide what picture to use on this post
so it was just waiting, then I went to get the mail
and in the mailbox was a thoughtful surprise
dropped off by a friend. 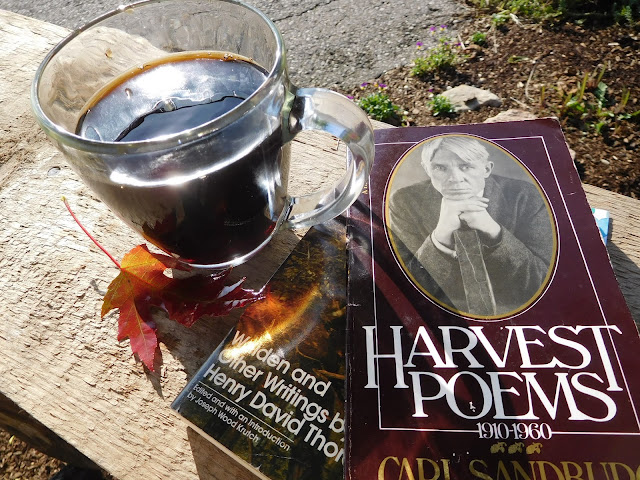 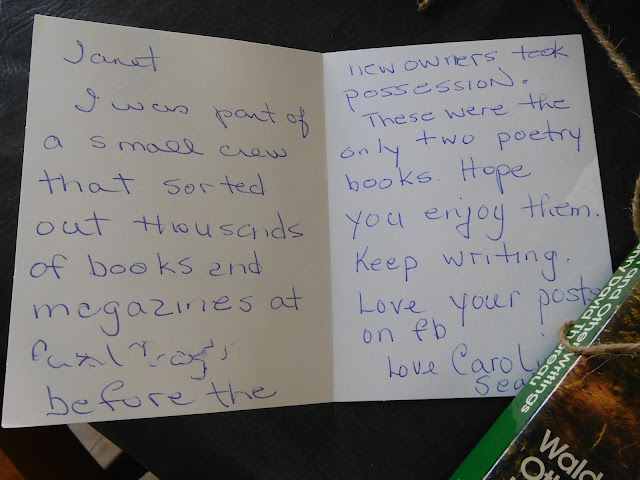 (I partially blotted the name for privacy's sake)
This bundle reminded me that in a sense
it is always summer in friendship's world💗😎
September’s remnant slips through cracks of summer season shorn
Where garden plot seems to relax, it’s brunt of bearing borne
Where blue jay’s harsh shriek rends the air where purple asters stream
Where poplar fronds begin to flare and pumpkin lanterns gleam
September’s remnant snares where we cannot undo its thread
Earth’s dusty, musky thoroughfares don glints of gold and red
And while we stare at summer spent, we feel it steal within
Where fingers cannot circumvent the tug of buds worn thin
Thought lingers for a little in past’s precious picture-show
Where time turns lush leaves brittle in its subtle undertow
Each treetop like a candle waiting on earth’s window sill
September’s remnant mantle like a fading canticle
Ah, who can bear to mope where hope pitches its sterling tent
September’s remnant gilds the slope where summer came and went
It dapples orchard limbs and lanes with apples, sweet yet tart
As hunger grapples with the pains that farewell’s pangs impart
The wind is like a busker playing saxophone and flute
Its audiences gather beneath lampposts full of fruit
Longing and satisfaction's sabers flash and clash; crowds roar
Caught on the sparkles of a splash that was and is no more
October loiters in yon brake, eager to be unfurled
And turn summer’s lackluster wake into a colour-world
To gather up September’s remnant in jubilant toll
Turning loss to contentment with beauty out of control
As expectation is fulfilled in autumn’s gorgeous show
As goldenrod turns silver-gilt and woodland-torches glow
With autumn’s awesome tinsel, scarlet, auburn, russet, bronze
Happiness finds fresh footholds as September’s remnant wans
© Janet Martin
Ah, who can bear to mope where hope pitches its sterling tent... 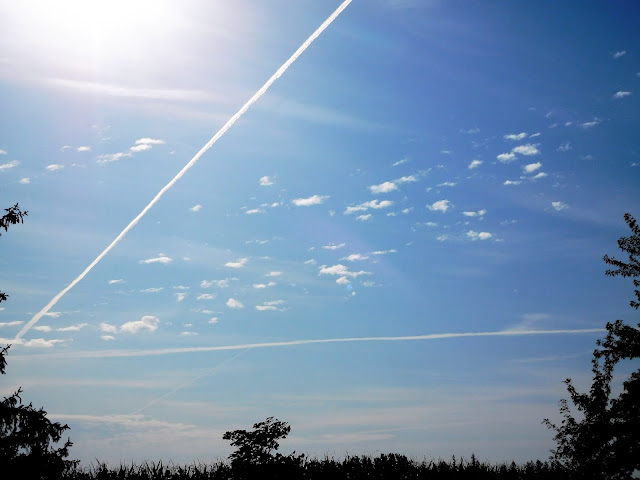