Yesterday I was at my Uncle’s auction sale…a bittersweet day for the family
as Things rich with memories find new families and homes.
Such is the way of our earthly possessions, right?
Uncle is excited to be living with his daughter in their home now,
but two rooms simply cannot house the things that filled a whole home before.
Now the dishes on which many meals were served and shared,
(so commonplace in the moment)
pass through the auctioneers hands then to the highest bidder,
so too tables and chairs, beds, appliances, etc, til all of it is claimed, collected and carted off,
as Dear Uncle who bid his wife final earthly farewell a few years ago
parts with another piece of life; their retirement home and the things they touched.
No wonder, there were tears.
A sympathetic relative offered comfort with these words.
“It’s good to try to remember these are only earthly things.
We are looking forward to something much better!”
Still, those heart tugs are earthly and oh, so real!

Pictured Below...
my 'keepsakes' from Uncle Abner and Aunt Almeda 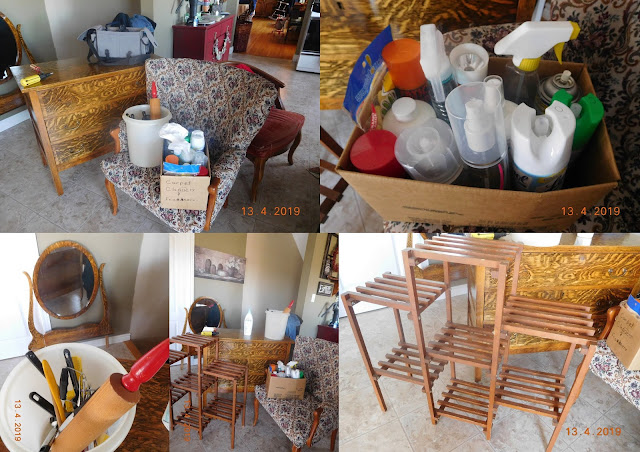 While Time works subtle, inevitable changes
Carving its art with an ethereal knife
Wise to be wary of that which estranges
All but the echoes from rooms full of life

My keepsakes in their for-now spots
...for those who wondered what I would do with my 'treasures'.
a New writing chair...
(and move-around-the-house-to-wherever-we-need-it-chair) 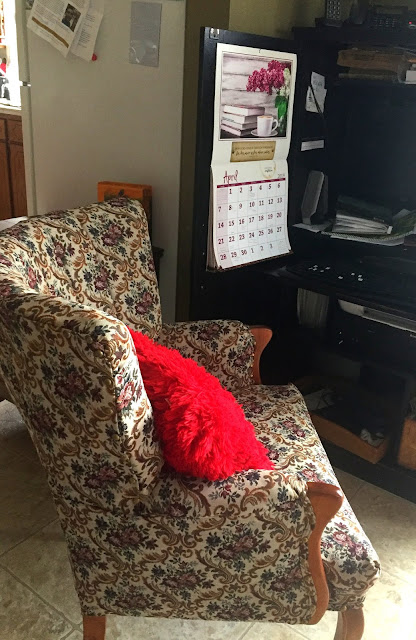 While Victoria decides if she wants this dresser...it's mine😀
(in the laundry-room entrance) 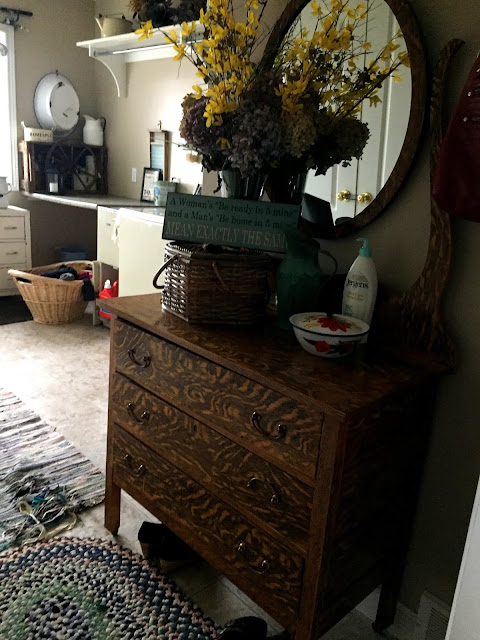 ...the auctioneer looked around for a one dollar bid on this plant-stand, so I did😀
this stand has so much potential; this is its first tilt-the-head-does-it-look-okay trial!
(if nothing else it will be something new for tots to undo😁) 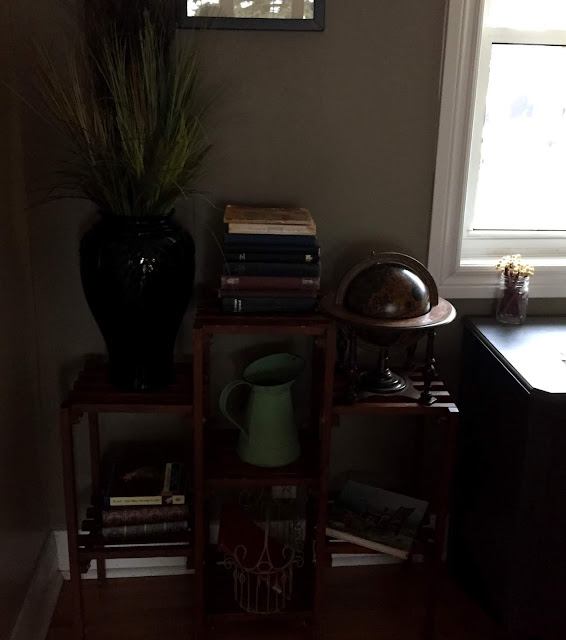 There is a time for everything,
and a season for every activity under the heavens:

Had to think of the passage above and the song below...