PAD Challenge day 6: For today’s prompt, take the phrase “After (blank),” replace the blank with a word or phrase, make the new phrase the title of your poem, and then, write your poem. 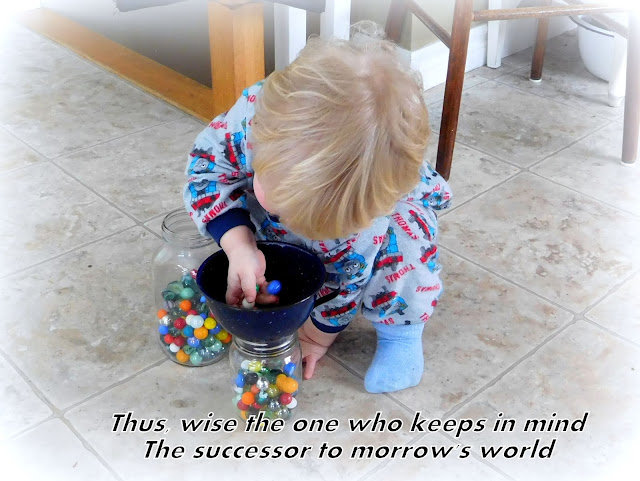 We, armed with tools of mortal trade
Stand on a footing that was laid
By people who pass through Time’s hall
Like mighty waves that rise and fall
Always followed by those behind
…thus, wise the one who keeps in mind
The successor to morrow’s world
And mentors well the boy and girl
Waiting to fill the shoes of we
Who will have passed to history
Save for the footing that we laid
For future-students of Time’s trade
Who, new to olden aftermath
Curb stars through which to carve a path
Where still unchanged through centuries
A child is trained by what it sees

A verse that is never out-dated!

Train up a child in the way he should go: and when he is old, he will not depart from it.
Prov.22:6