A Sometimes Poem For All-Times... 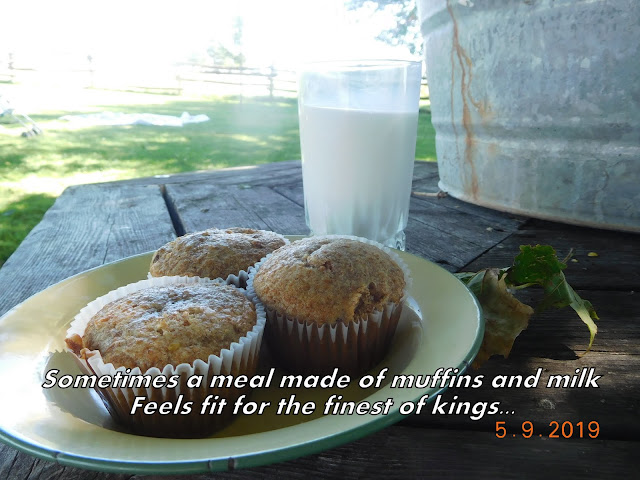 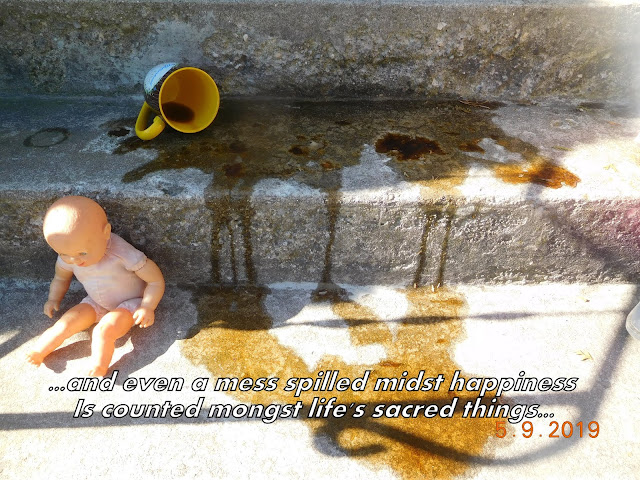 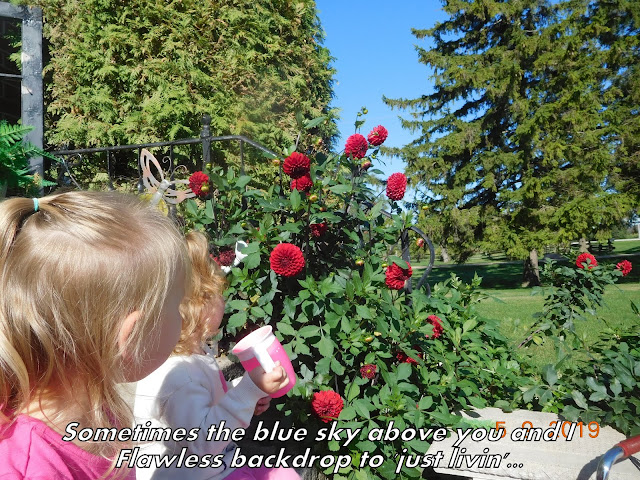 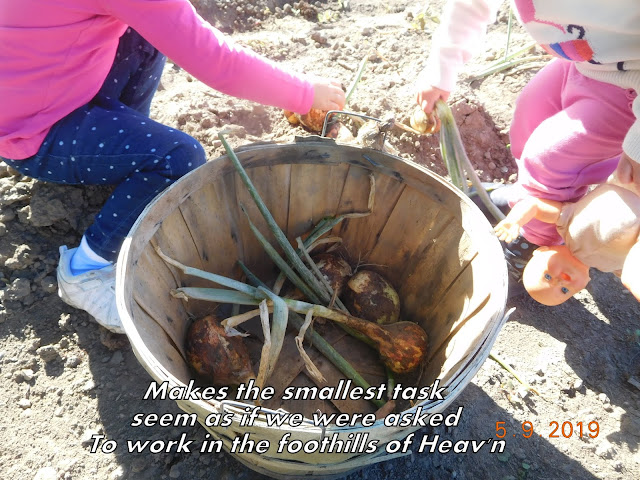 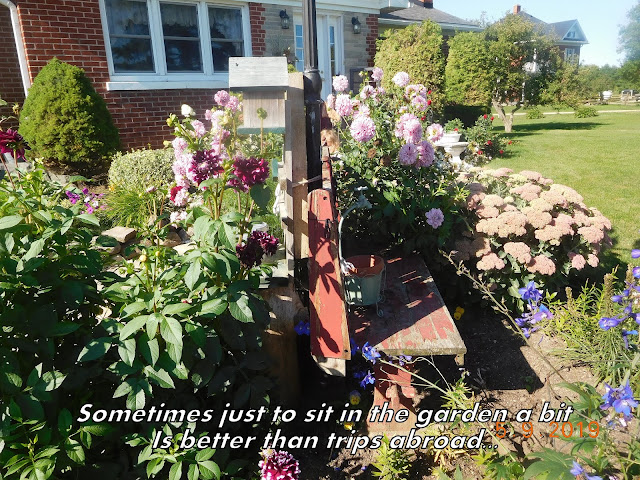 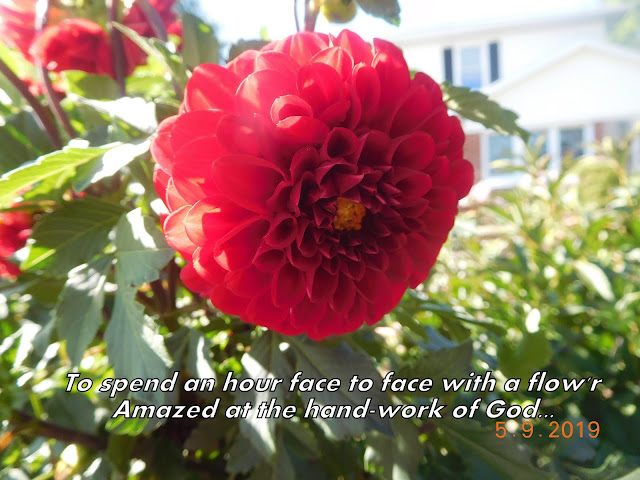 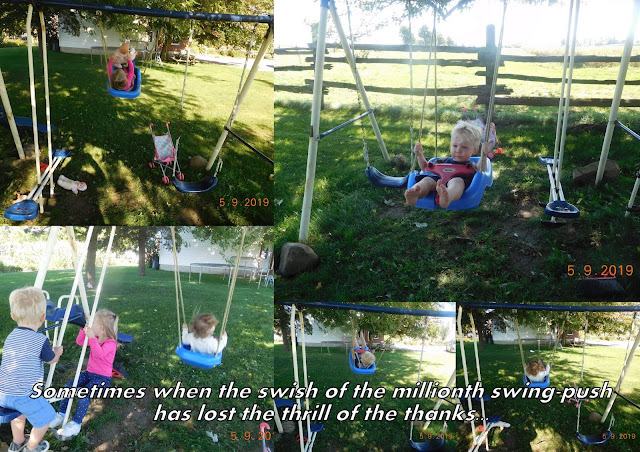 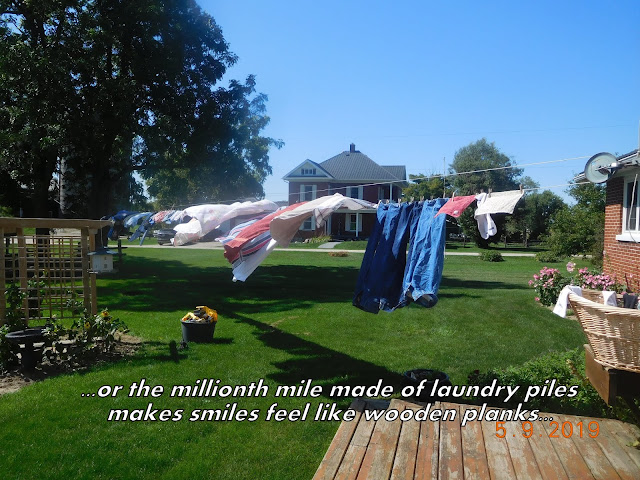 Sometimes a meal made of muffins and milk feels fit for the finest of kings
And even a mess spilled midst happiness is counted ‘mongst life’s sacred things
Sometimes the blue sky above you and I, flawless backdrop to ‘just livin’
Makes the smallest task seem as if we were asked to work in the foothills of Heav’n

Sometimes just to sit in the garden a bit is better than trips abroad
To spend an hour face to face with a flow’r amazed at the hand-work of God
For time flits by like a butterfly, like a sparkle of sunlight on sea
And all that we hold of moment-gold molds touch-and-such into memory

...while writing this poem the insurance company called to ask for pictures of our oil tank which, if it doesn't pass the test means new furnace and water heater ASAP, but I determine not to let it dampen spirits on such a sunny September day! (that began with almost-frost!)
The B-r-r part of September-r-r is definitely making itself known very early!
Posted by Janet Martin at 9/05/2019