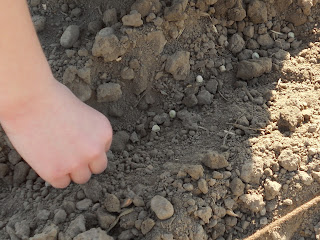 PAD Challenge day 29: For today’s prompt, write a what nobody knows poem.

These seeds we sow
We’ll never know
How far or full the reaping
So, pray that we
Sow carefully
Where yon harvest is sleeping
Though it appears
It may be years
Before its full-fledged calling
Tomorrow yields
Where today’s fields
Hold now-seeds softly falling

'Very much of our future life will depend upon our earliest days', said preacher Charles Spurgeon on January 15, 1893, then quoted Mr. Ruskins, not quite verbatim, ' people often say we excuse the thoughtlessness of youth, but he says no, it never ought to be excused. I'd far rather hear of thoughtless old age when a man has done his work, but what excuse can be found for a thoughtless youth? The time for thought is at the beginning of life and there is no period which so much demands or so much necessitates thoughtfulness as our early days...I would that all young men would think so.They say that they must sow their wild oats. No! No, my dear young friend. think before you sow such seed as that what the reaping will be. See if there is not better corn to be found than wild oats and sow that, then think how you will sow it and when you will sow it for if you do not think about the sowing, what will the harvest be? '