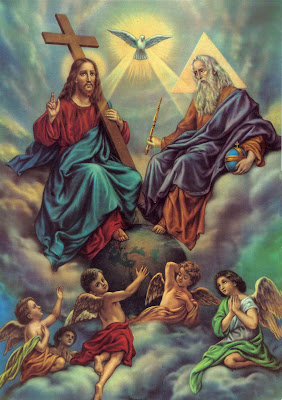 Jesus, who took on flesh, as man

Spirit, to dwell in humanity

Three in One, how can this be?

To write a 'normal' or a 'paranormal' poem.

Paranormal is a general term (coined ca. 1915–1920[1][2]) that designates experiences that lie outside "the range of normal experience or scientific explanation"[3] or that indicates phenomena understood to be outside of science's current ability to explain or measure.[1][4] Paranormal phenomena are distinct from certain hypothetical entities, such as dark matter and dark energy, only insofar as paranormal phenomena are inconsistent with the world as already understood through empirical observation coupled with scientific methodology.[5]

Email ThisBlogThis!Share to TwitterShare to FacebookShare to Pinterest
Labels: poem-a-day-challenge