A Poem in the Making 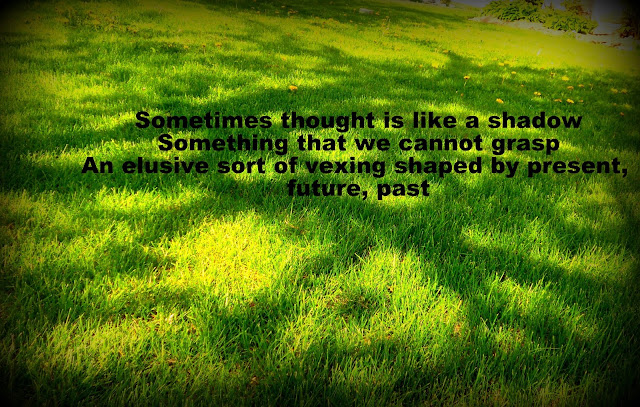 Sometimes, to set words in order
…to arrange them in the thought
That aches to break free from head-quarters
I cannot

Sometimes thought is like a shadow
Something that we cannot grasp
An elusive sort of vexing shaped by present,
Future, past

Sometimes, to corral a message
In the borders of a poem
Is like capturing wild horses with the brandishing
Of broom

Sometimes, words attempt but will not
Sit quite still enough to stay
Where a poem in the making
Slips away

Do you find that sometimes the thought on the tip of formation refuses, choosing to remain a sense rather than a sentence?
Posted by Janet Martin at 5/25/2015