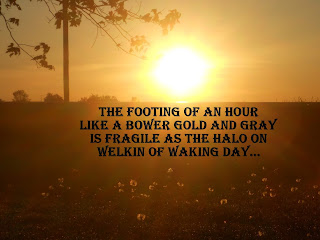 The green of May can never stay but climbs the tallest trees
As Dandelion gold unfolds in soft-swept silver seas
The Thing that long we pined for in the wintry afternoon
Unfurls in girlish pink of lupine, peony and June

The footing of an hour, like a bower gold and gray
Is fragile as the halo on welkin of waking day
It disappears in moments filling years, where tears of time
Trickle in tick-by-tock descent the ladder that we climb

New little boys dash from dawn’s doors, their mothers learn new prayers
A new old generation surrenders to rocking chairs
And ever new, the old, though never reimbursing hours
Eases the petal from its fold and refills June with flowers

The green of May can never stay, the banter of the breeze
Unfolds its Dandelion-gold to soft-swept silver seas
As every Thing we pined for in cold, storm-lorn afternoon
Unfurls in pink of lupine, peony and sweet, sweet June 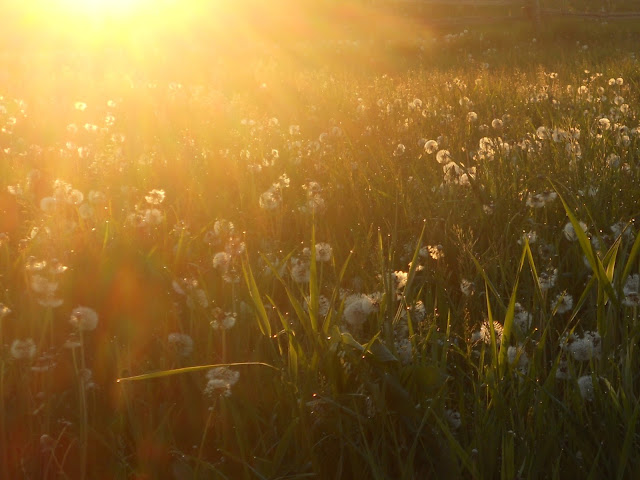 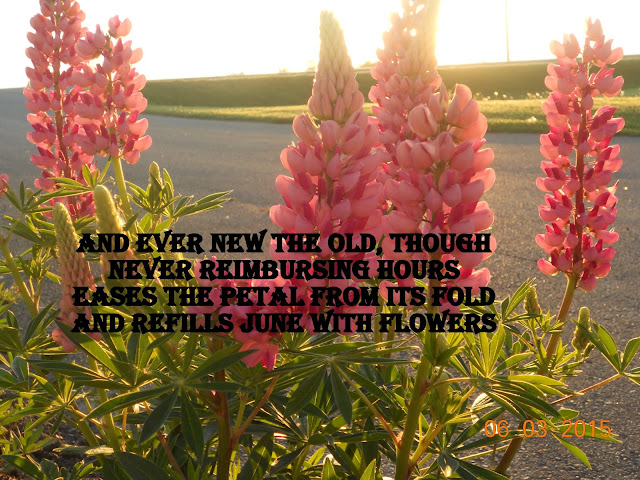