On the Old Marina Restaurant... and Hunger

Generally when I've featured a business so far it has been family-connected:
A cousin with Thak Iron Works
A brother-in-law with Winding Road Maple Syrup
Another brother-in-law with Cardinal Wood products.
Tonight the place I'm showcasing is not really family but it felt like it! Everyone was so friendly and the jovial atmosphere lent the impression that we were all on a sort of mini-vacation! I'm referring to the Old Marina Restaurant, Cambridge Ont.
Check out the link for location, hours, history, menus and photos. 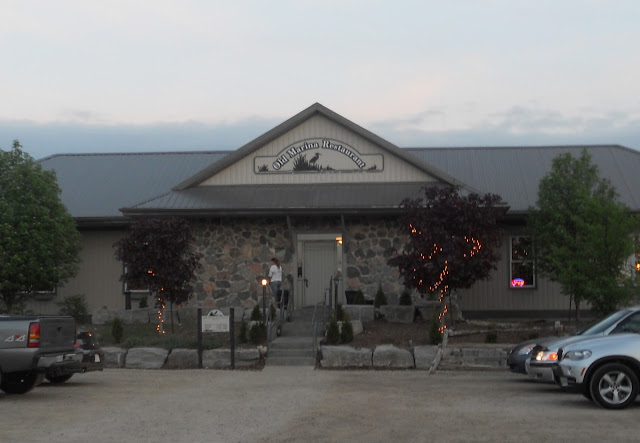 I had no idea this place existed until a friend took me out last summer, so on the week-end, with everyone else gone hubby and I had a special and rare night out! After putting our names on the waiting list we were given a beeper and invited to enjoy drinks on the lower deck until 'beeped'. 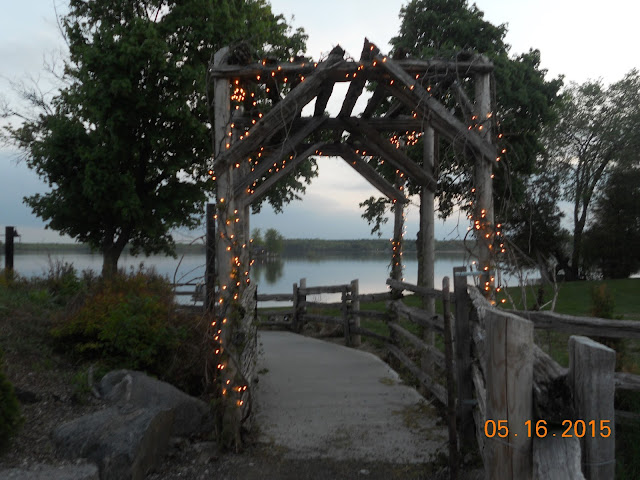 ...so we followed the walkway to lakeside seats... 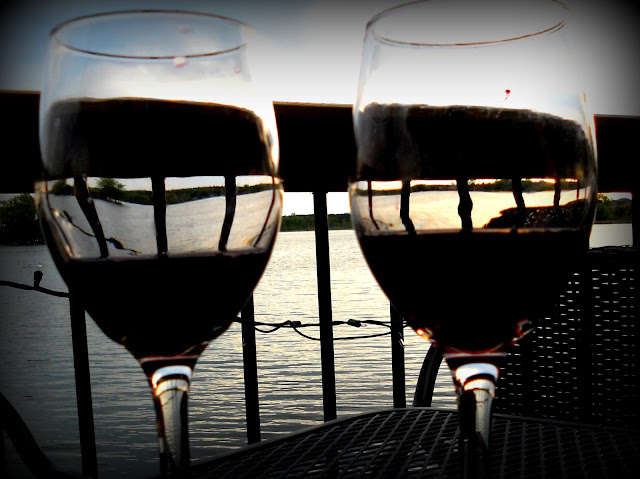 I could have stayed there all evening watching the sun set but hubby thought he was about to fade away;-) after eating a rather meager lunch so we said we would take the first available table which turned out to be indoors.I wish I would have taken photos but I was too busy enjoying the view and the food! 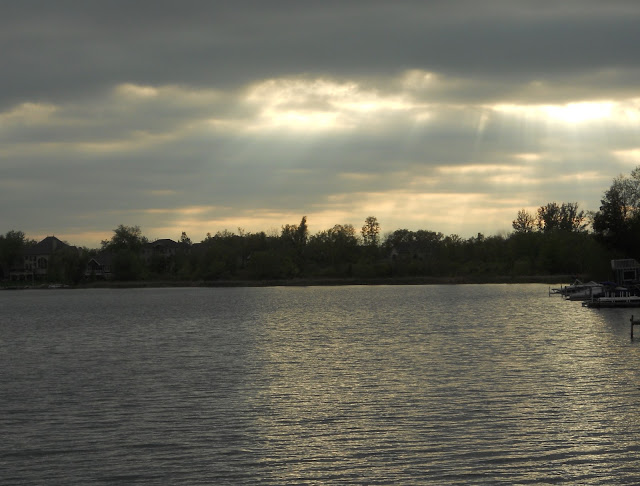 Jim had their famous Puslinch Burger... 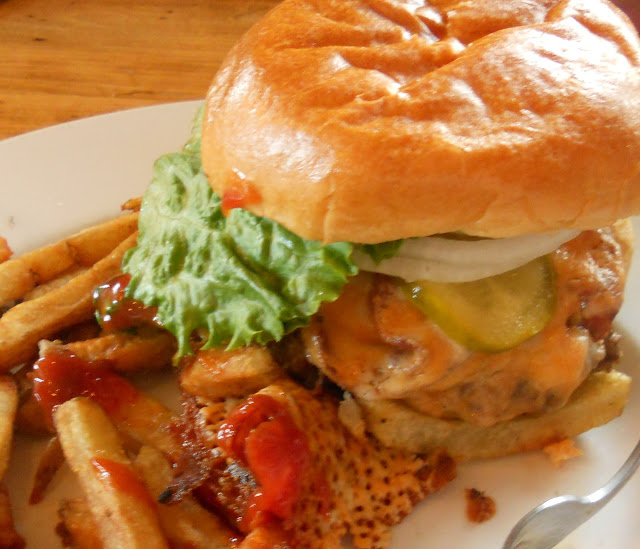 and I had the Greek Salad with Chicken. 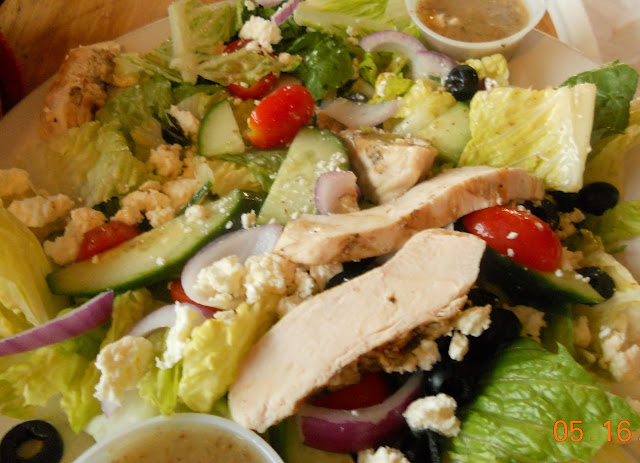 Both were De-LISH! Mel our waitress, was cheerful and efficient.
Hi Mel, thank-you:) and hope to see you soon!

Hunger is life’s driving force, it seems
Hungry for dinner and darlings and dreams

Live, laugh and love, friend, loll on dusk’s dock
For Time is so hungry, always eating the clock