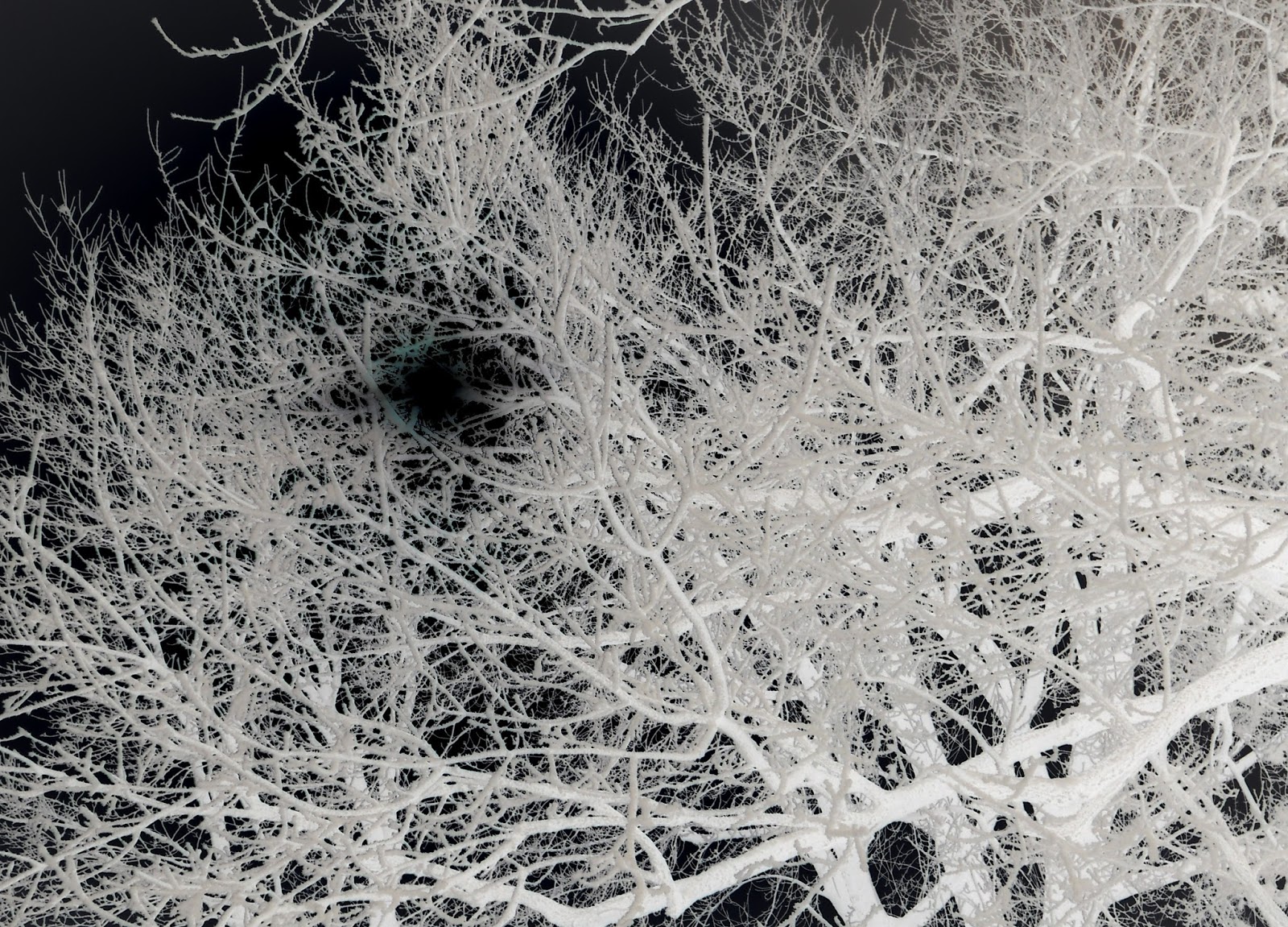 Clouds are White...Wikipedia
another wikem

The sound of silence slides along the fence-line, street and lane
It runs through white-washed meadows like a silk and satin train
It pauses where the profile of white nothingness is marred
A little light to touch with gold the white-knighted postcard