I started this poem yesterday morning before Cutie-duty began
...and just like that the westward slope claimed its faithful prey 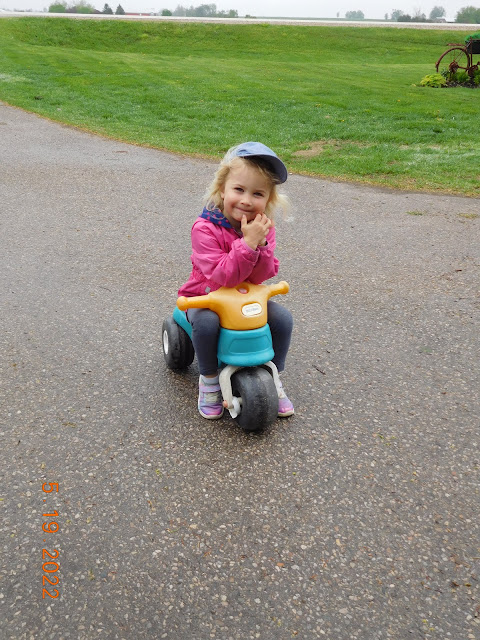 Now it's off to do some more planting...
Where bitter gall and sweet surprise mingle within life’s glass
And no one knows as daybreak glows what waits to come to pass... 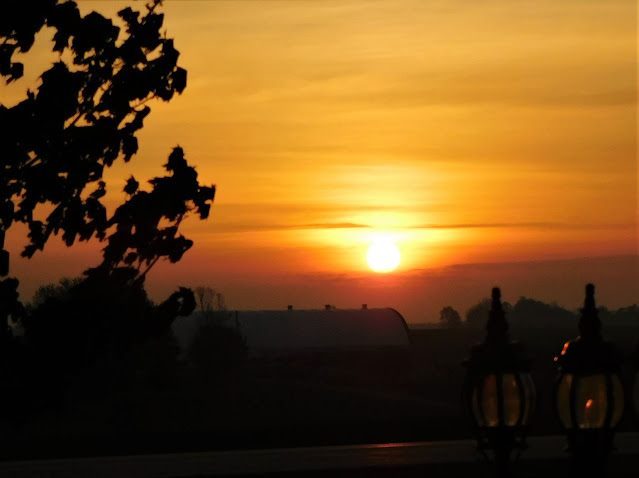 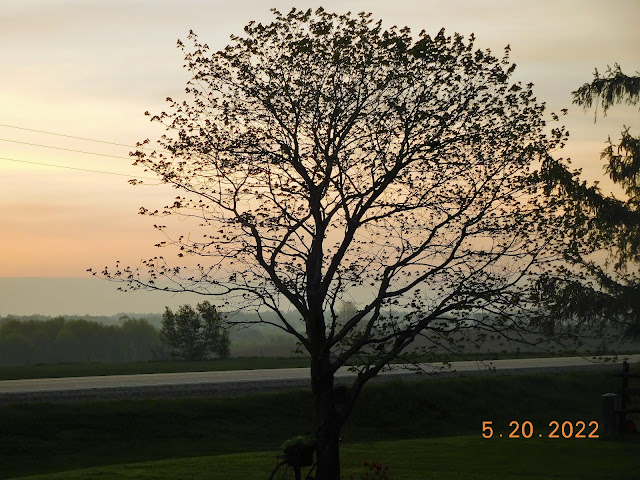 The westward slope of daybreak draws the sun across the sky
The duel between dark and light fuels charge and reply
Duty resumes the rivalry of age-old no and yes
Beauty bestows its rose to crown the woes of brokenness
Where each of us is faced toward the Place from whence we came
Today’s debut, like none before and yet so much the same
A gift from He whose promises forevermore endure
To span the rift twixt man adrift and hope’s anchor secure
The happiness of hope is not a Thing money can buy
But faith’s unswaying confidence in ‘more than meets the eye’
Where bitter gall and sweet surprise mingle within life’s glass
And no one knows as daybreak glows what waits to come to pass
To aggregate the ebb and flow of delight and despair
Where Doubt, the Eden-sired foe still seeks to sets its snare
Where pride still goes before the fall and love still never fails
Where, when repentance bows the head, the grace of God prevails
The wrongs of time will be made right for all eternity
The mysteries of God will be revealed for all to see
The glass we peer through now is darkly, but then, face to face
As we behold The Fulness we received; grace upon grace
Where whoever sows sparingly will reap sparingly too
God is not mocked; He grants the seeds we run our fingers through
Where want and wonder war as time pours out heartache and hope
While we are drawn toward the low’ring Door on westward slope
© Janet Martin 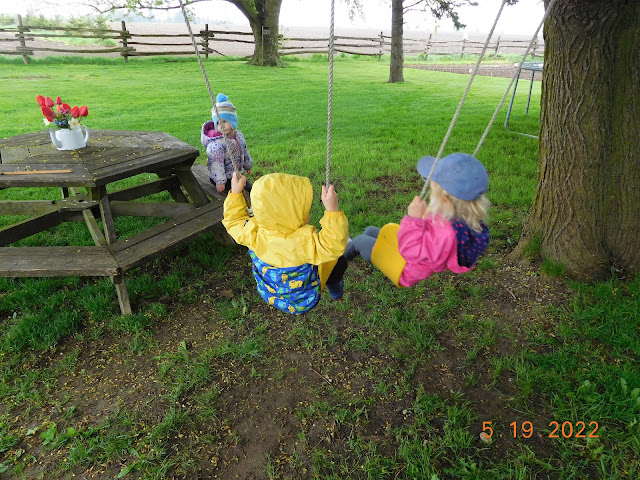 At first only one party sacrificed their turn on the swing,
the other not swayed in the least my the fact that sharing is caring...
but quite content in the temporary satisfaction of serving Self!
eventually everyone was persuaded to be a cheerful giver
even if it was only turns on a swing!
This passage is good to read from time to time
because 'planting season' is so brief!
2 Cor.9:6-11
Remember this: Whoever sows sparingly will also reap sparingly,
and whoever sows generously will also reap generously.
7 Each of you should give what you have decided in your heart to give,
not reluctantly or under compulsion, for God loves a cheerful giver.
8 And God is able to bless you abundantly,
so that in all things at all times,
having all that you need,
you will abound in every good work.
9 As it is written:
“They have freely scattered their gifts to the poor;
their righteousness endures forever.”[a]
10 Now he who supplies seed to the sower and bread for food
will also supply and increase your store of seed a
nd will enlarge the harvest of your righteousness.
11 You will be enriched in every way so that you can be generous on every occasion,
and through us your generosity will result in thanksgiving to God.
Posted by Janet Martin at 5/20/2022