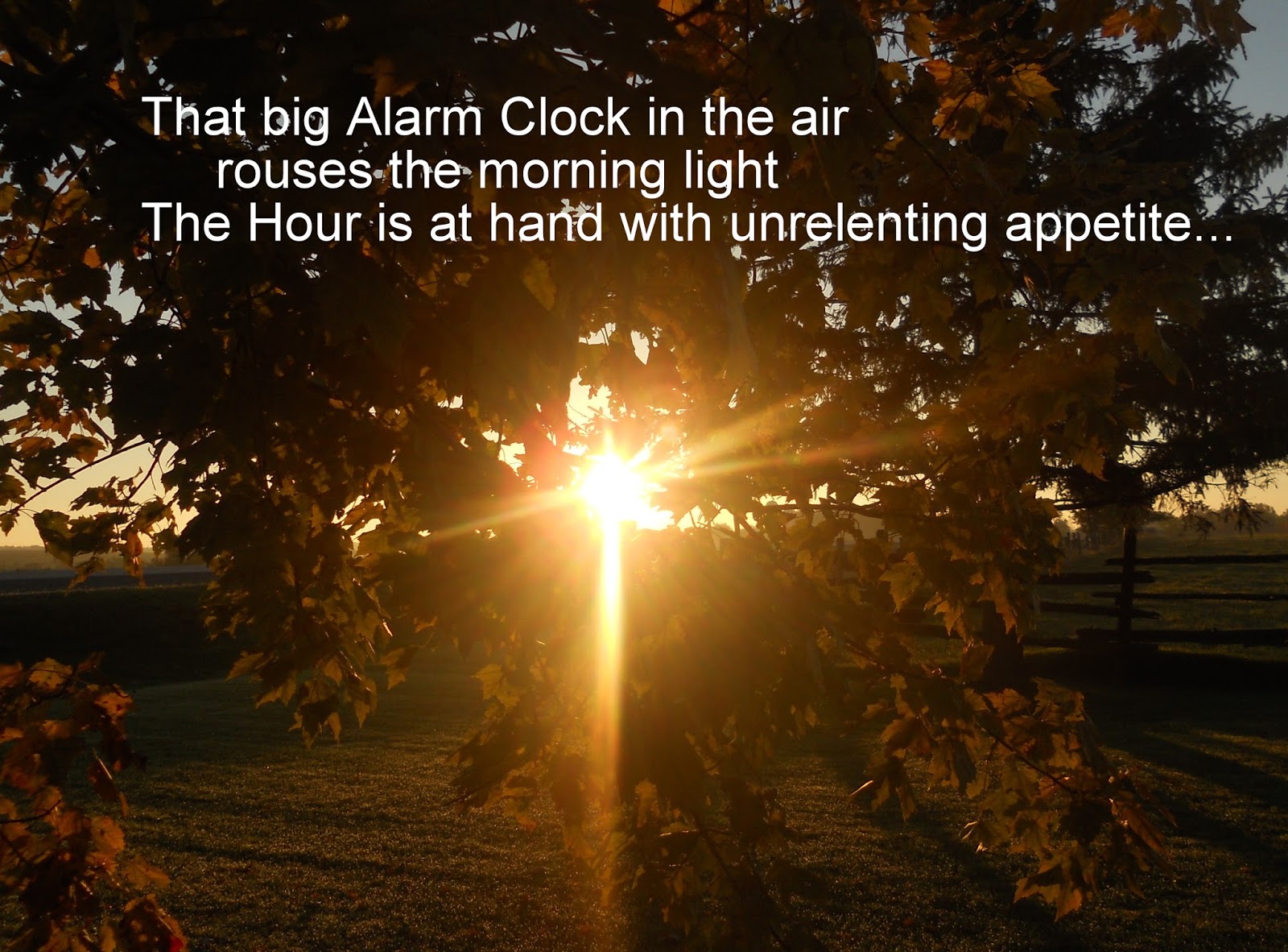 Each tick-tock breaks a lock; and Future spills into the Now
Soon thought salutes the troops that fall into its afterglow
While that Alarm Clock in the air pulses with fresh appeal
And wakes the takers for another go-round on Time’s Wheel 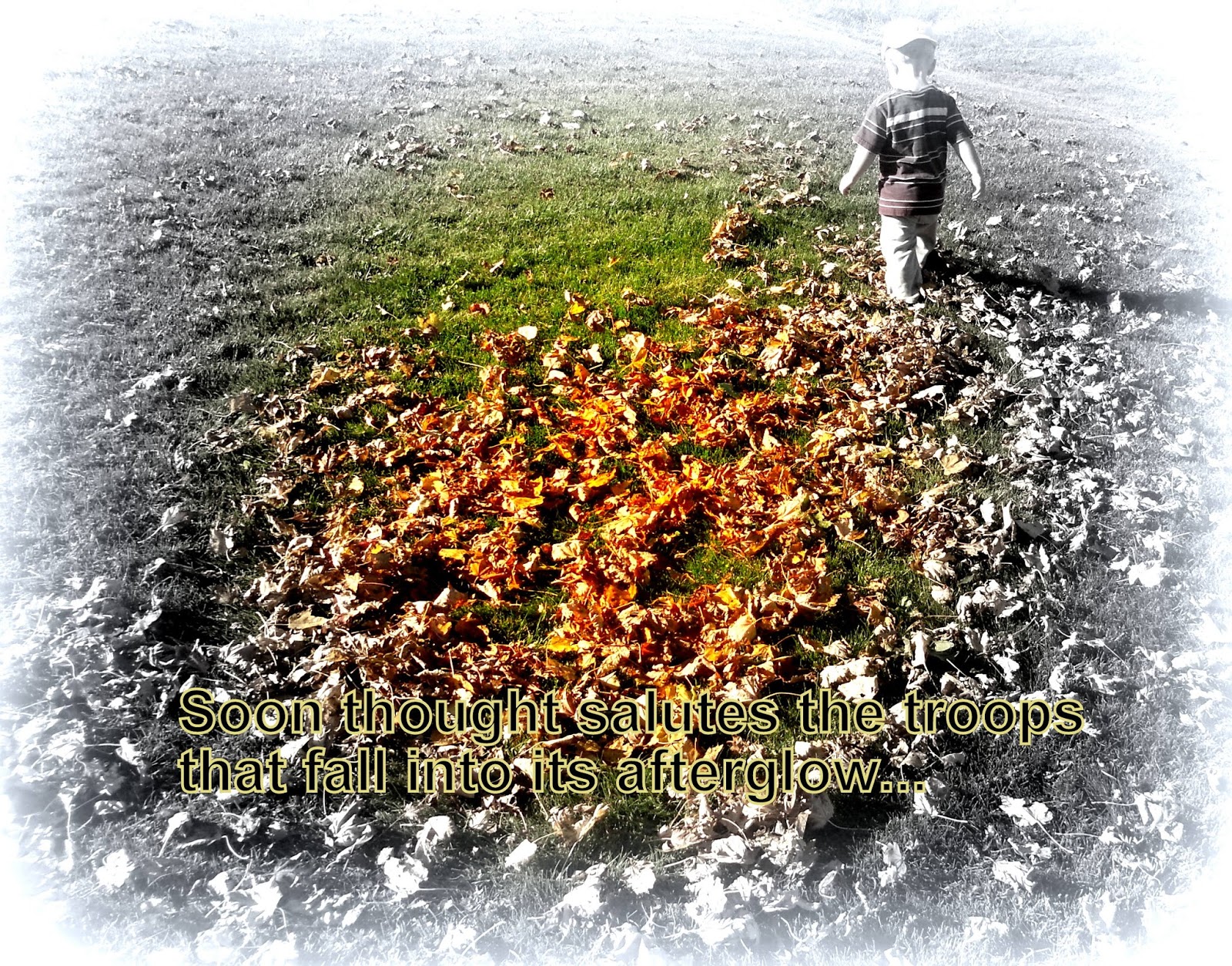