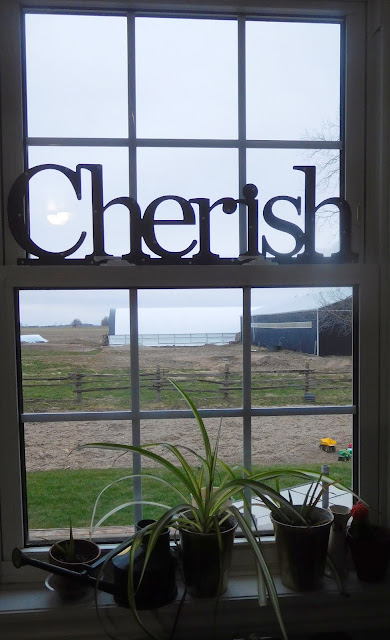 'It's certainly nothing to write home about',
some would say of One Gray April Afternoon
Still, the sense of Something sparks a sacredness in tasks 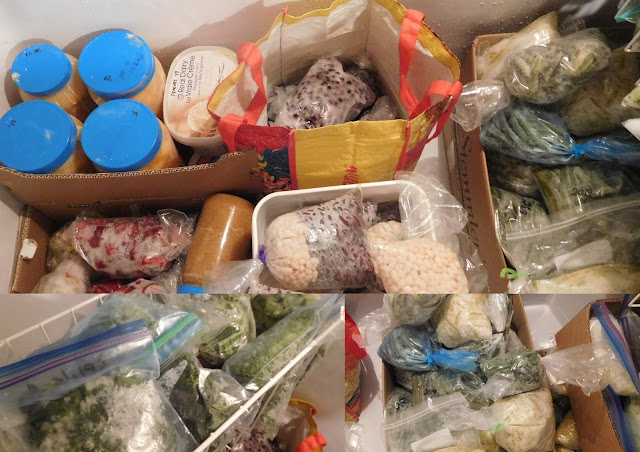 like defrosting the freezer and counting what is left
of last year's garden as we plan for planting and preserving... 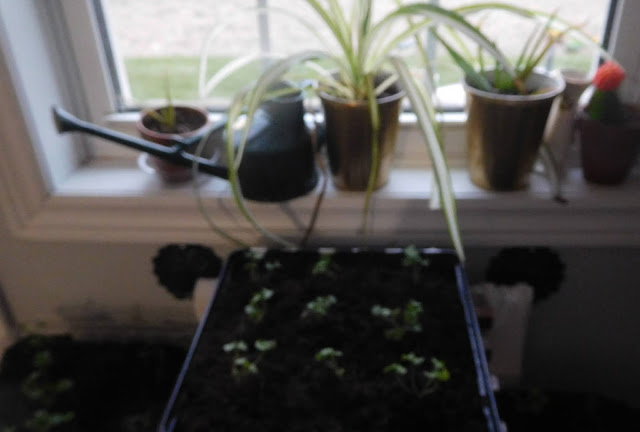 ...and baby herbs are transplanted to give them toddling-space 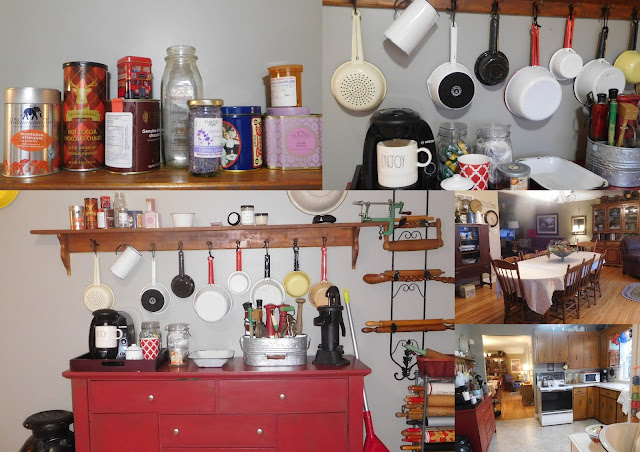 ...and from old belongings new life by simple rearranging
(nothing like a photo to reveal balance/purge flaws😀)

It certainly would seem like nothing much to write about
but...

It wades through worlds of still-furled gardens filled with will-be-flow’rs
A sparkle, nondescript in a quick scale of heady hours
And I have nothing left to show for its fine happiness
But a heart-cup that overflows with home-sweet thankfulness

It plays a masterpiece like Fur Elise on keys of thought
It steals my breath, the way life's day-to-day can slip to naught
And all that stays after it plays One April Afternoon
Is the sense of promenade in an empty ballroom

p.s. I have not forgotten about what's-for-supper-Thursday posts
but sometimes I do forget in the moment, to take photos!
last night we had leftover beef-stew, dill pickles, crackers
and the last of a precious brick of cheese!
One ' hungry customer' remarked that they wonder if anyone else in the world
has beef-stew as often as we do!
Not that I'm complaining. It's really good!
this person quickly added to save himself from
an invitation to cook! 😆