October's exit is wild and windy!!!
Hold on to your hat! 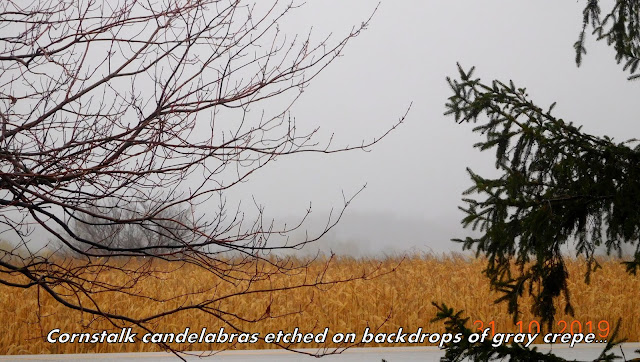 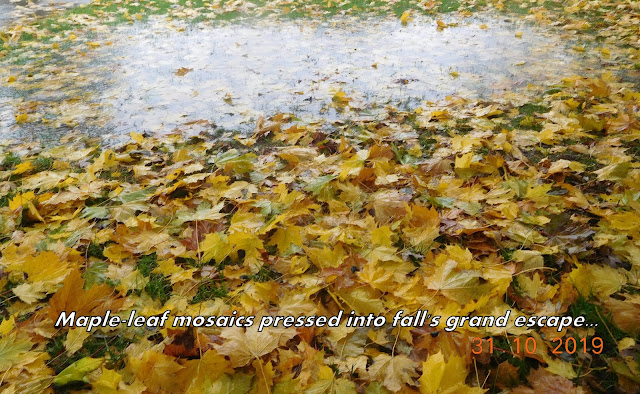 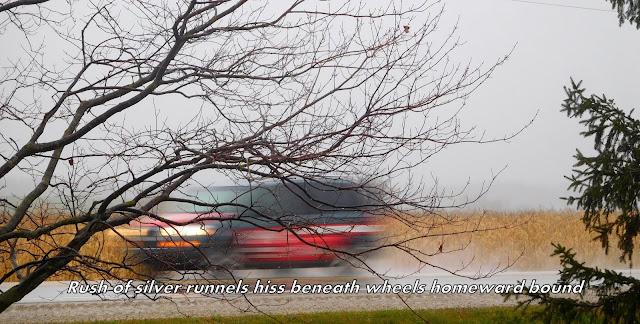 Wrote this poem while cooking supper as I watched eventide roll/blow in!

Autumn's petal-pandemonium
holds strange allure
Suddenly we want to join them
on their farewell tour
Early dark is seeping in like
high-tide, splash by splash
Freeways sparkle like
a gold and ruby rhinestone sash

Simple supper smells like
something special (and it is)
Happiness simmers in pots
and pan-fried promises
Home, however humble feels
imperfectly complete
Meek prayers burst with pity
for the pauper on the street

Oft, how oft our eyes are drawn
to what is fading fast
Like first light that births each dawn
begins to shape the past
Like the melody that drips
from seas without a shore
Like the sting of salty stars
that slip and are no more

This Thursday-what's-for-supper post is one of those non-recipe meals...
brown your beef, add your pick of veggies
(tonight's veggies, green peppers, parsley, garlic, red and white onion)
cook till veggies are almost tender then add tomato-sauce. (I use the one I linked to)
Heat till bubbly then serve on steamed thinly sliced cabbage instead of spaghetti! yummy. 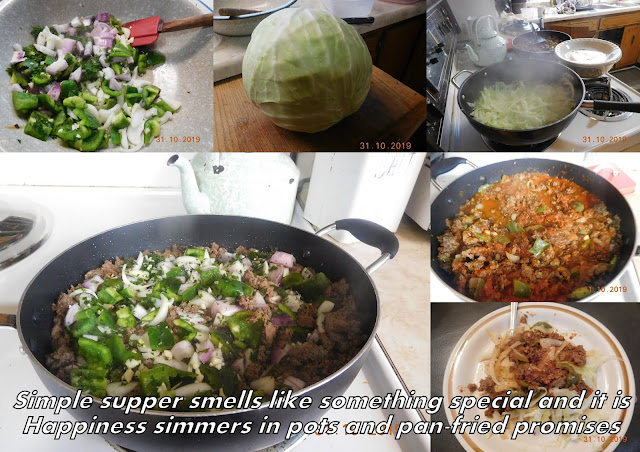