The Entertainment World of a Country Girl 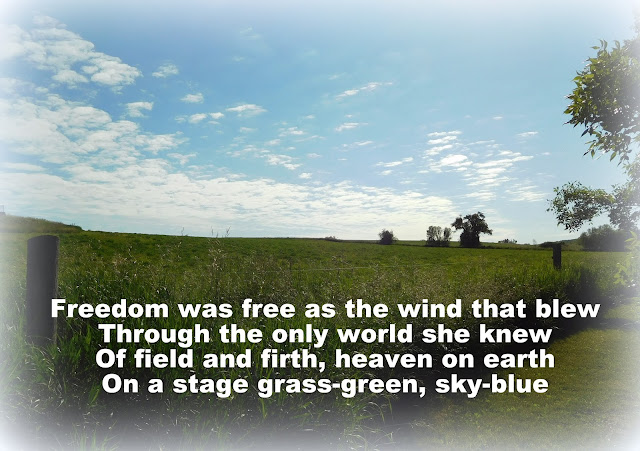 Freedom was free as the wind that blew
Through the only world she knew
Of field and firth, heaven on earth
On a stage grass-green, sky-blue