The Vale of All Things Past

"Everything I ever learned as a small boy came from my father and I never found anything too small or worthless that he told me. What he told me rings in my mind still."

"Someone would strike up a song…and the valley would ring with the sound of many voices for singing is in my people, as sight is in the eye."

"Memory; memory…strange that the mind will forget so much of what only this moment has passed yet holds clear and bright memory of what happened years ago…"

"There was never any talk while we were eating. I never met anybody whose talk was better than good food."

"You've been lucky, Hugh. Lucky to suffer, lucky to spend these weary months in bed, for so God has given you a chance to make a spirit within yourself; and as your Father pleases lamp to have good Light, so keep clean your spirit.
How So?
By prayer, Hugh.And by prayer I don't meaning mumbling or shouting or wallowing like a hog in religious sentiment. Prayer is only another name for good, clean, direct thinking.
When you pray, think. Think well what you are saying. Make your thoughts things that are solid and that way your prayer will have strength and that Strength will become part of you, body, mind and spirit."

"Out of the house and across the street as I had run a hundred times before…straight to Mrs. Turrel’s shop for a piece of that toffee you could chew for hours, it seems to me now, and even after it has gone down you could swallow and still find the taste of it hiding behind your tongue. It is with me now so many years later. It makes me think of much that is good and now is gone." 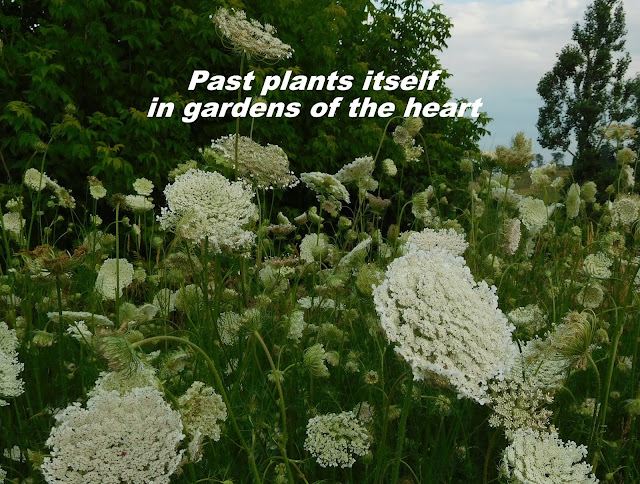 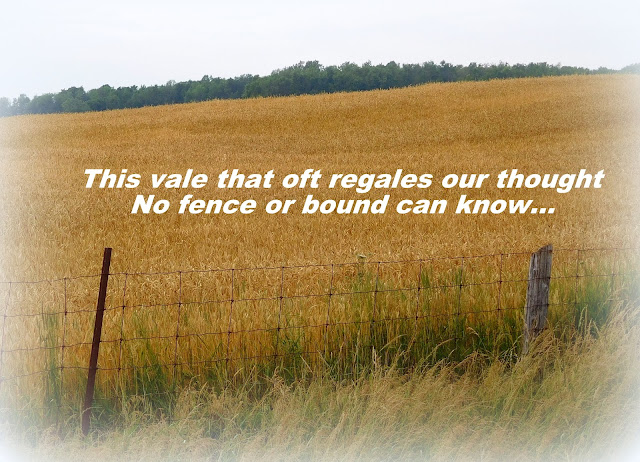 For, as each day is lent and spent
It passes through a door
Where none can thwart or circumvent
That which will be no more

Then, when we leave this leaf-sheaf strand
To slumber in this vale
Pray we will fold old work-worn hand
As one who labored well

Email ThisBlogThis!Share to TwitterShare to FacebookShare to Pinterest
Labels: past