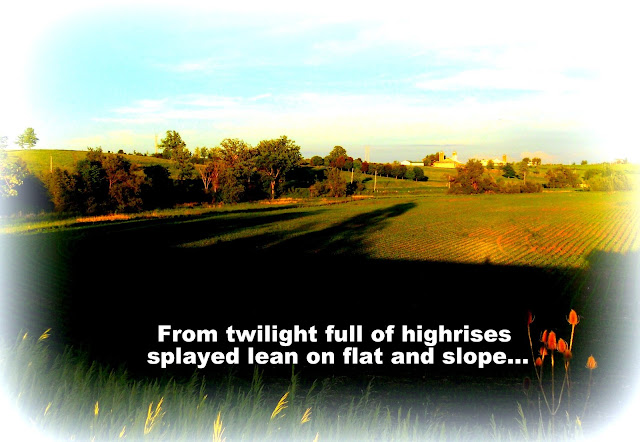 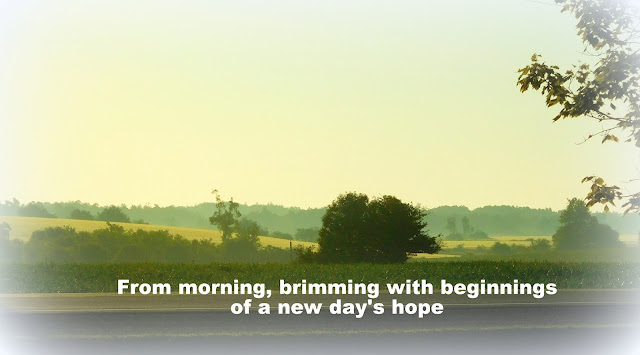 Oh sing to the LORD a new song, for he has done marvelous things!
His right hand and his holy arm have worked salvation for him.
Ps.98:1

From fronds of seasons scattered like the tatters of a globe
From ponds, like turquoise brooches pinned to Mother Nature’s robe
From tug-of-heart and moment-art, from hello to so-long
These are the jars that pour out bars that hold the poet’s song

From ‘how-are-you’ and ‘who-are-you’ and ‘where-are-you’ songs surge
Ensembles heavy where the dews of dawn to dusk, converge
The poetry of star-struck sea, of summer’s noon-day blue
Of eighth-notes laughter-shaped, of cherub-chatter half-past two

From hollows carved at one a.m., from shallows dipped in June
From cellos lost in fields of wheat, the poet gleans a tune
And never for a moment is she numbly left, bereft
Where oh, it seems the whole world streams with fodder for her clef

From hills and rills seasoned scales spill, from hurt and dirt and grief
From years where tears and fears instill the need for God as Chief
From penmanship of purple plume and scarlet bloom and death
The poet finds a song to sing as long as life grants breath


Sing to the LORD, bless His name;
Proclaim good tidings of His salvation from day to day.
Tell of His glory among the nations,
His wonderful deeds among all the peoples.
For great is the LORD and greatly to be praised;
He is to be feared above all gods.
For all the gods of the peoples are idols,
But the LORD made the heavens.
Splendor and majesty are before Him,
Strength and beauty are in His sanctuary.
Ascribe to the LORD, O families of the peoples,
Ascribe to the LORD glory and strength.
Ascribe to the LORD the glory of His name;
Bring an offering and come into His courts.
Worship the LORD in holy attire;
Tremble before Him, all the earth.
Say among the nations, “The LORD reigns;
Indeed, the world is firmly established, it will not be moved;
He will judge the peoples with equity.”
Let the heavens be glad, and let the earth rejoice;
Let the sea roar, and all it contains;
Let the field exult, and all that is in it.
Then all the trees of the forest will sing for joy
Before the LORD, for He is coming,
For He is coming to judge the earth.
He will judge the world in righteousness
And the peoples in His faithfulness. 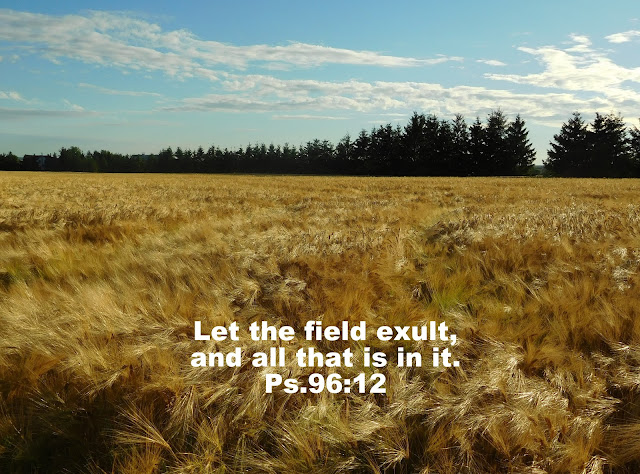