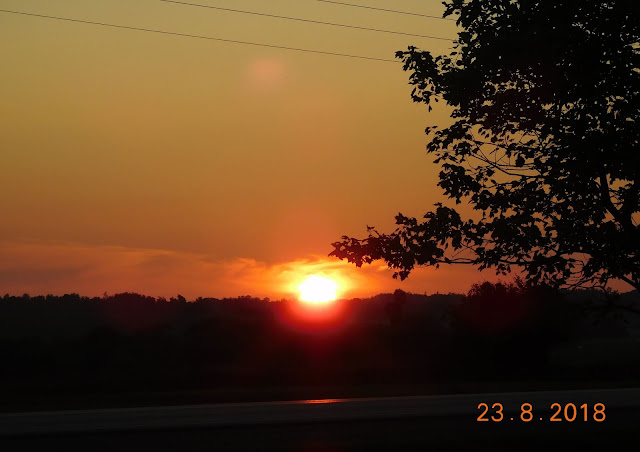 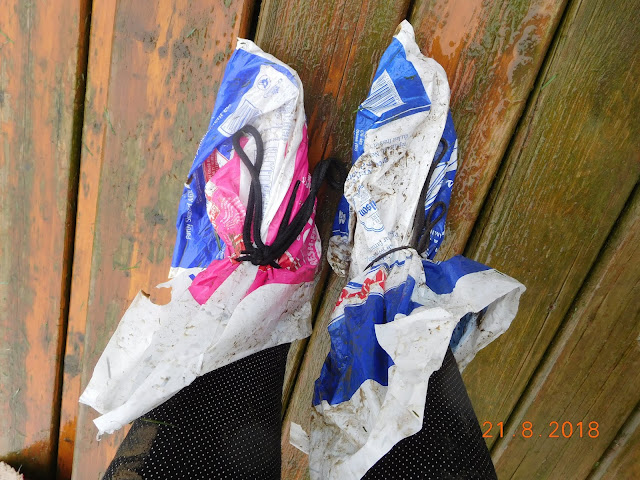 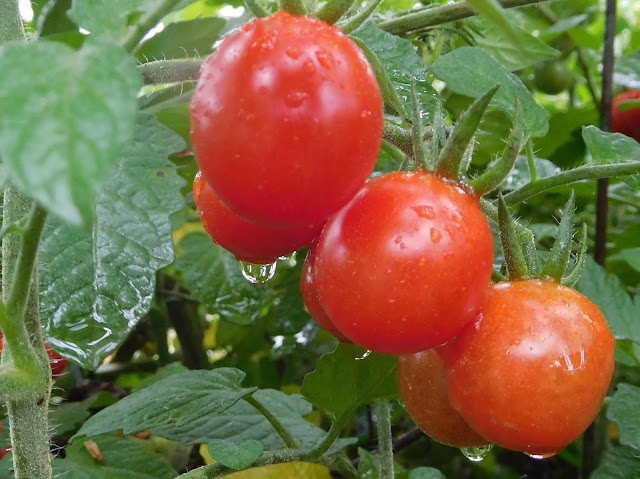 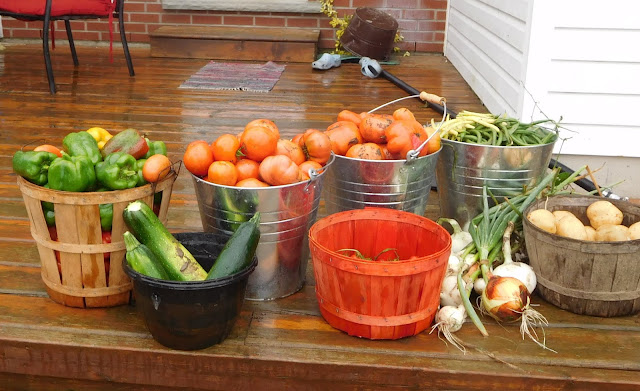 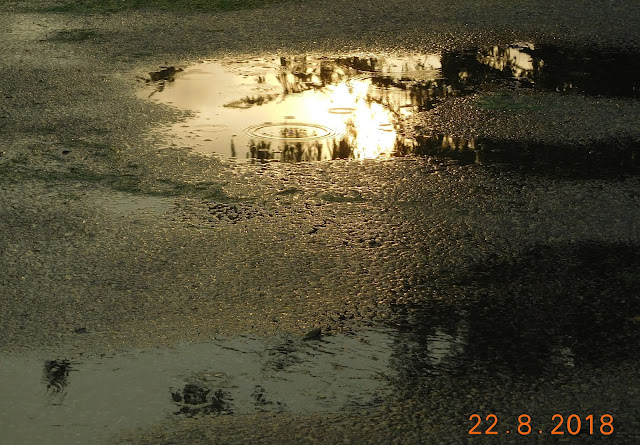 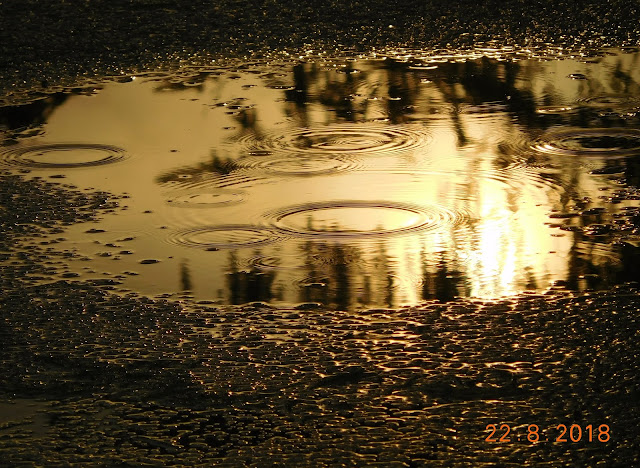 That coral gem on far-east hem soft-chimes; time’s gong turns gold and grins
It washes from earth’s girth the brume of birth and a new day begins
Where what waits next, ah, who can guess; for care has many shoes to fill
But how we cope, ah, steadfast hope; God’s grace sufficient for all, still

That well-laid ‘plan’ so dear to man is subject to a Higher Hand
And if He wills for man's good, ills, then surely He will help us stand
For He who draws from Mercy’s laws morn’s misted gauze of blush and blue
Does not leave us to fret and fuss without His hope to help us through

That sash of dew on splash of ‘new’ soon trades its diamonds for plain dirt
Where sweat and toil is the grand spoil of health; a common wealth of hurt
But, what a gift, the bend and lift and grunt-heave-ho of work to do
Where Steadfast Hope will help us cope as God grants strength to me and you *where did I get the idea for milk-bag boots?

From a woman in North Carolina featured on The Weather Network.
One day when the camera-crew dropped by for a visit.
she was mowing her lawn with a riding mower at quite a speed!
Wow! they exclaimed, You are amazing for a woman of...70-ish?!
"92!", she replied in an emphatic make-no-mistake voice!
... they decided on another surprise-visit.
This time when they knocked she wasn't in the house so they followed the sound of an engine and found her tilling her garden!!! on a hot Carolina day (and this is where the milk-bags come in!)
She covered her good-support shoes with milk-bags so when, (after she showed them her substantial garden which she had no plans of stopping as long as she was able) she invited them into the house,
and all she had to do was slip the bags off her feet and step into her immaculate kitchen
where fresh-baked pecan pies were cooling on the counter.
(she insisted they take one) The camera-crew was speechless!
When they asked, as they sat with her on her sprawling front-porch 'how do you do it?!"
the 92 year-old woman replied after thinking for a little as she rocked slowly back and forth,
"Well, I don't worry much. I do what I can and leave the rest to God"

That line has become my mantra!