Because We Are Our Brother's Keeper... 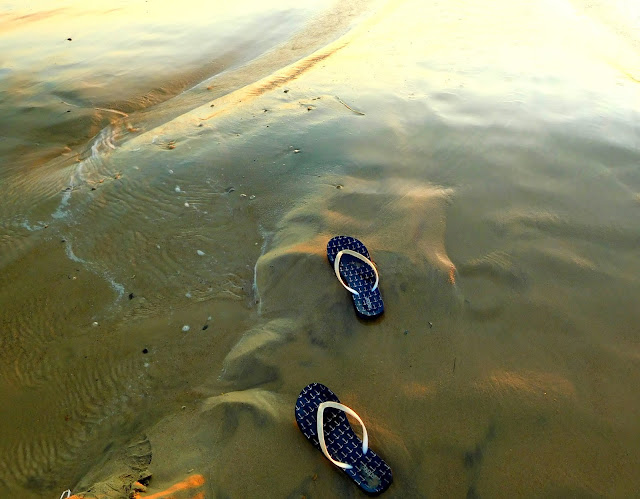 Whether walking where the water washes sand-prints away,
Whether sprawled in a chair or bed-ridden,
Whether wearing flip-flops or The Original Muck
We leave footprints never fully hidden

***
Lest the blood/mud of another's downfall stains our hands,
we should think before we drink!

***
Every alcoholic started with 'one harmless drink'

***
"Just because I can control myself after one drink doesn't mean that someone watching can.
Imagine if  the word 'no' when offered a drink saves someone else from a life of addiction
and all the awfulness attached!
No amount of momentary pleasure is worth opening the door to another's lifetime of heartache!"
~My dad~
***
"I like it!" said Eve and gave some to Adam...and he liked it too!
Good-bye Eden!

We might think it won’t matter, once
Just a quick slip from the path
To taste a sip from  'Sly One's Sconce’
But oh…the aftermath

He finds he likes the taste so well
He has two, three and four…
And now Desire burns like hell
With a thirst he can’t ignore

…and now the one who tried it once
Unscathed, watches one cursed
Glass after glass, he drinks and drinks
But cannot quench his thirst


Below, a few excerpts from
James MacDonald;
Walk in the Word Message entitled
Wise up About Alcohol

The Bible does not require total abstinence,
but it recommends it as the highest and best course, filled with the greatest wisdom.
I believe it is a choice which you can be most proud of when you stand before the Lord Jesus Christ.

... As a follower of Jesus, if you’re not sure it’s right for you to drink alcohol,
then it’s wrong for you to do it even if it isn’t wrong....

There is nothing more devastating than a life (SO much potential!) destroyed by addiction!
Posted by Janet Martin at 8/06/2018