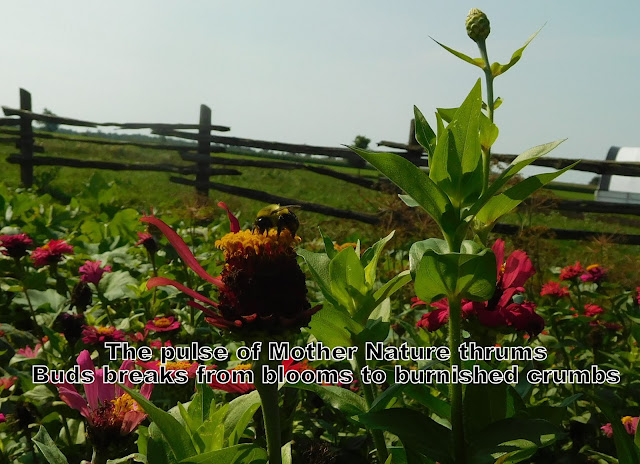 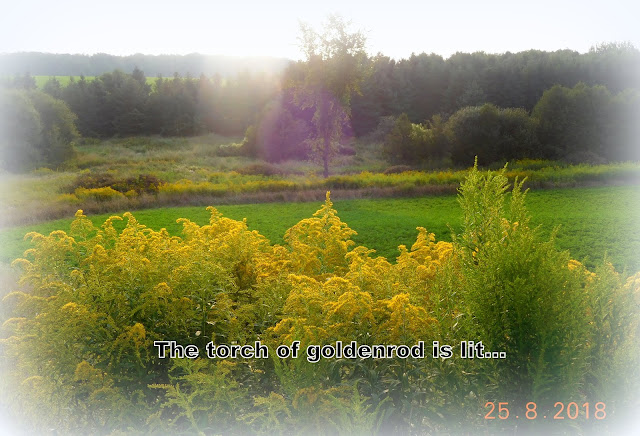 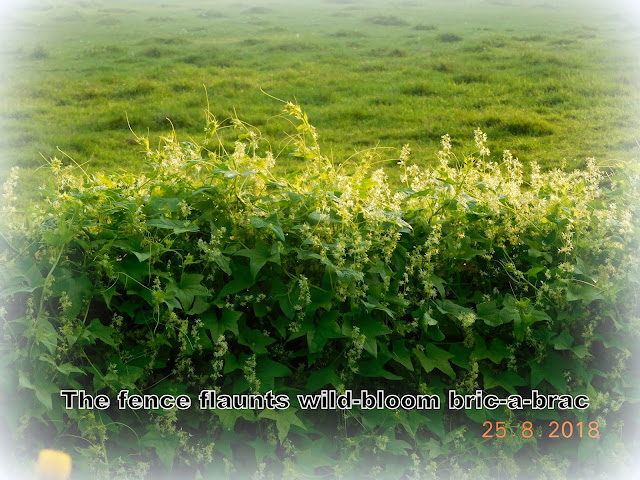 I spelled August 'Awe-gust' because that's what it is;
a gust of awe that leaves us a little
aw-don't leave-us-yet stricken!

The garden groans with dreams come true (or work to do)
The sky, a sweep of satin-blue
The creek-bed overflows its edge
With streams of burdock, milkweed, sedge
The fence flaunts wild-bloom bric-a-brac
Where lands make up for much we lack

The flower spreads its rainbow wings
The hour too; where summer sings
A hymn of farewell-flavored bars
In ditches stunned with petal-stars
In fields still filled or harvest’s sheaf
In butterflies of soybean leaf

The pulse of Mother Nature throbs
In musky, dusty dusk it sobs
In mid-day mid-task quick retreats
To backyard front-row window-seats
Where like forbidden sweets we taste
A second fistful of time’s haste 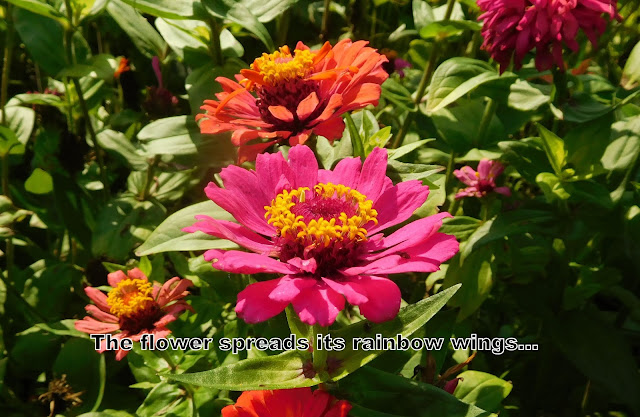 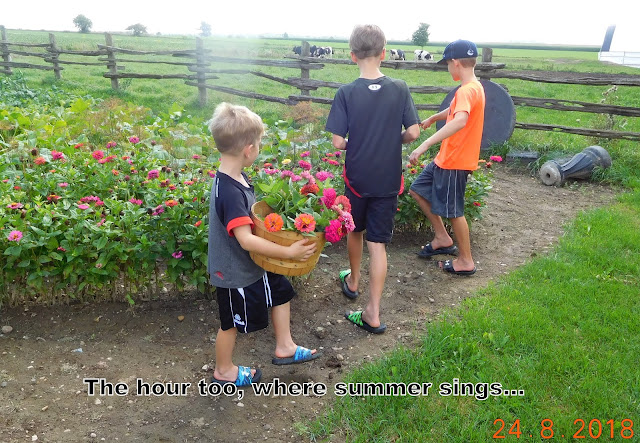 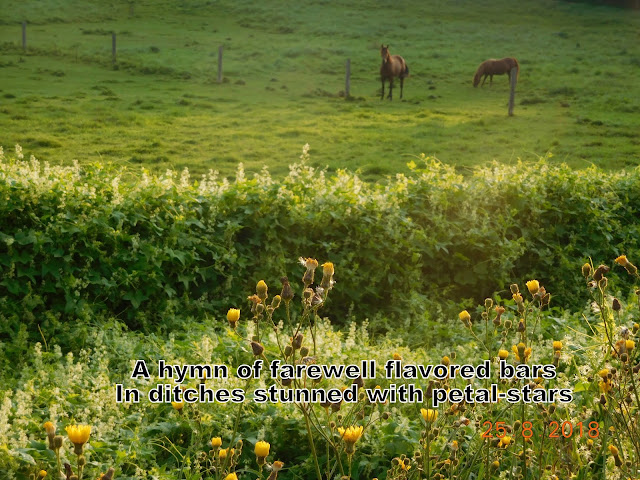 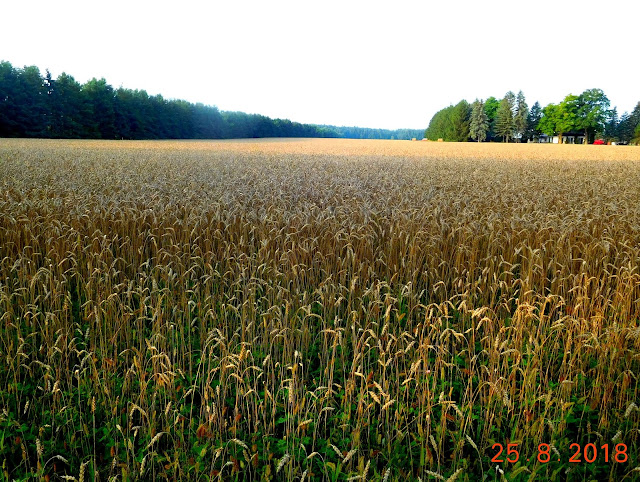 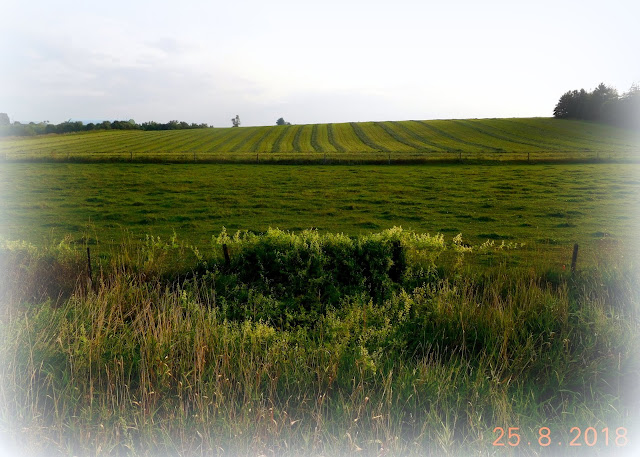