Some changes bring tears, others SO much laughter and snuggles and smiles.
First time mother-Emily, first time aunt-Victoria and first time Grandma-Janet are fully enjoying this cute change. 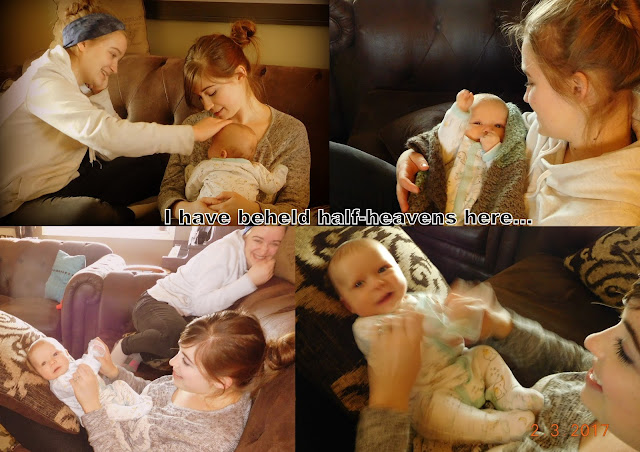 The timbrel that tap-taps the tempo to the march of Time
Kindles within the poet that which verse preserves in rhyme
And often after laughter, labour and daylight has stilled
The poet cannot slumber until Her hunger is filled

Change changes things and things change us in ways we had not planned
Nobody can refute the law and order of time’s hand
But of life’s things that matter most; thank God, these never cease
For we are ever at the mercy of His love-joy-peace