Thoughts While Pausing To Catch My Breath... 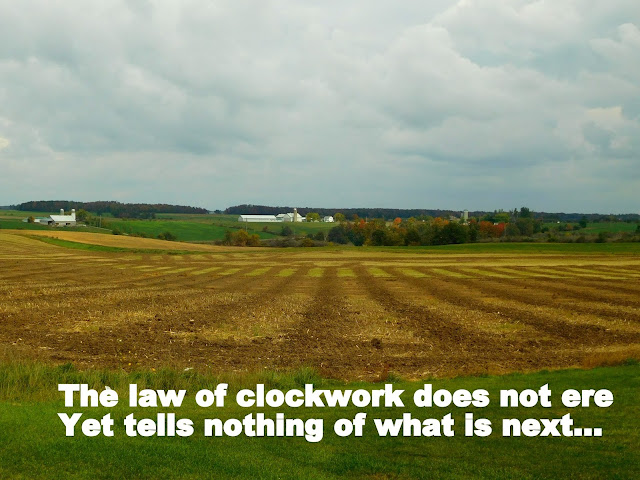 It writes a road-map on our skin
At night we might trace it with touch
And wonder at the cool chagrin
Of time’s insistent such-and-such
While we make plans and love and war
And pine for more than what we hold
But know we cannot jar the door
That bars us from yesterday's gold
And so we go from where we were
To where we are; half-glad, half vexed
The law of clockwork does not ere
Yet tells nothing of what is next
While we, with looking back surmise
That not much stays the same for long
And so we strain with hungry eyes
Toward the dawn of a new song
Because time’s fast-forward affair
Though it never alters its pace
Since first it sipped its draught of air
Can still surprise the human race