I came across an old picture of suppertime recently when all of the family still lived at home...
How ordinary that sacred scene seemed at the time! 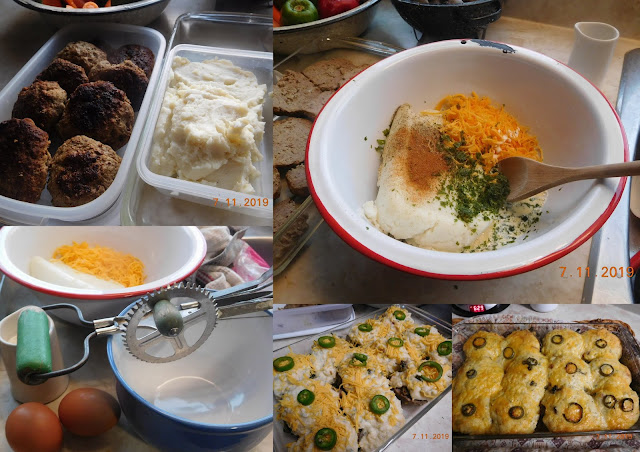 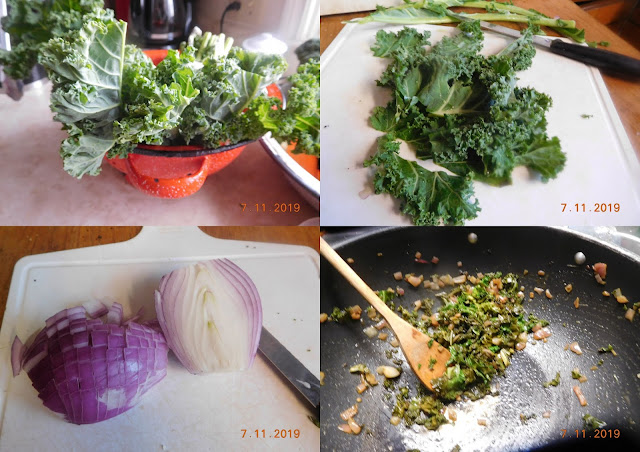 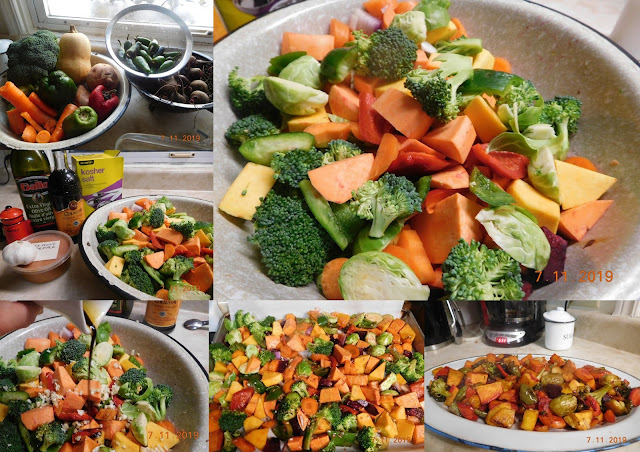 I was really planning on posting this What's-for-supper Thursday last night
(click link for previous posts) but the old engine ran out of steam...
I thought I had a supper-menu planned until I cleaned out the fridge
and realized there are too many left-overs that need using
and I could not justify my original chicken dinner plan...
so, what to do with a bunch of less than stellar looking tail-end garden-gleanings?
Roasted Vegetables;
red and green peppers, carrots, beets, squash, sweet potatoes, brussels sprout and broccoli.
(last 3 veggies from store:)
Toss with olive oil, balsamic vinegar,(a few tbsp of each) cayenne pepper (1/4 tsp)
and sprinkle of kosher salt.
Bake at 400F til tender approx. 15-20 min.

With the leftover hamburgers and mashed potatoes I tried an invention!

When Matt and Victoria asked 'what's this?' I wasn't sure what to call them so they are still
Hamburger and Mashed Potato Thingys.
Slice the burgers in half and put in a baking dish.
I had some 'tired' kale that needed using so I made a filling by browning in olive oil
fresh chopped garlic, red onion and kale with stems removed.
Add a splash or two of apple cider vinegar, some salt and pepper.
I'm not mentioning amounts because I didn't measure and they vary
depending on how many people are being served.
Put a glob of filling on each burger half then top with leftover mashed potato filling;
To the potatoes I added pepper, paprika, parsley, two beaten eggs
splash of light cream and shredded cheese.
Garnished with a jalapeno pepper-ring.
Bake on top rack above veggies for same amount of time!

I'm realizing how quickly the numbers at the supper table are dwindling
so I try not to take for granted the seemingly sometimes messy and mundane.. 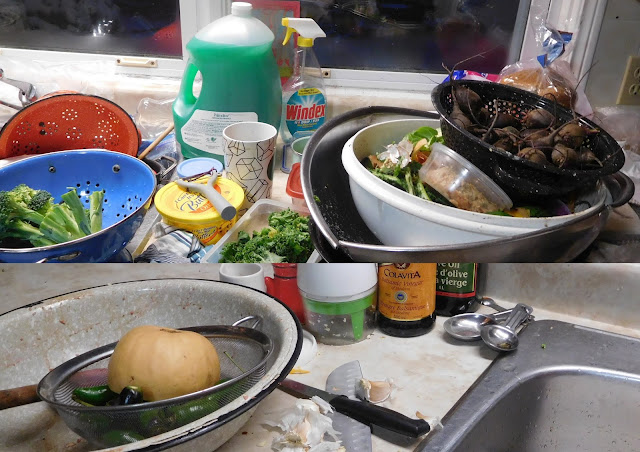 But the messy-and-mundane could be addressed while supper baked
making eating time extra-relaxing!
Supper hour minutes is a little later right now due to work schedules.
When I asked Matt for a verdict on the hamburger-potato thingys he said
he thought of this scene from the movie What About Bob...😋

Ah, Time can take its toll
Much quicker than we thought
Tying the strings of heart and soul
Into a tender knot