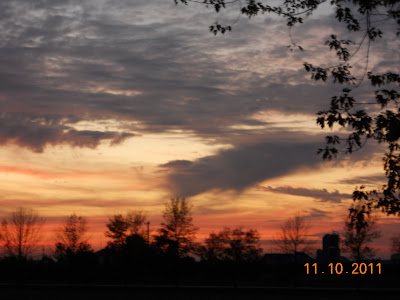 The heavens declare your eternal glory

Infinite wonder and power and love

Symbol of mercy in every morning

As the deep awning of night you remove

Grand is the sky of a moon-caressed midnight

Vision of rapture, the cover of twilight

Foretaste of beauty surrounding Your throne

Who can foretell the vast shades of your choosing?

Who can declare how night’s glory will rise?

Who can define the palette you are using

Or brush out the gray of November’s low skies?

There is no artist, oh God, you have gifted

That outshines the grandeur or work of Your Eye

When the dark curtain of night has been lifted

Who can arrange one square inch of the sky?

The sun, moon and stars in celestial clockwork

Cannot be altered by one mortal hand

Who, as we gaze at the canvas above us

Doth the intent of the Lord understand?

Floor of the vault where His holy feet tread

Sea of serenity when its wrath has been shed

Beneath it we gaze at the eye of the One

Who spoke into Being all things universal

His glory exceeds the moon, stars and the sun

The heavens declare and no man can deny it

Lord, there is none who escapes Your vast Eye

The heavens declare and all man will believe it

When You re-appear on the clouds of the sky

The other night I went for my run as twilight deepened to moonlight.

The sky, an awesome and absolute declaration of His glory and might!

The heavens declare the glory of God; the skies proclaim the work of his hands. Psalms 19:1

“Dominion and awe belong to God;
he establishes order in the heights of heaven. Job 25:2

He spreads out the northern skies over empty space;
he suspends the earth over nothing.
He wraps up the waters in his clouds,
yet the clouds do not burst under their weight.
He covers the face of the full moon,
spreading his clouds over it.
He marks out the horizon on the face of the waters
for a boundary between light and darkness.
The pillars of the heavens quake,
aghast at his rebuke.
By his power he churned up the sea;
by his wisdom he cut Rahab to pieces.
By his breath the skies became fair;
his hand pierced the gliding serpent.
And these are but the outer fringe of his works;
how faint the whisper we hear of him!
Who then can understand the thunder of his power?” Job 26:7-14

“Then will appear the sign of the Son of Man in heaven. And then all the peoples of the earth will mourn when they see the Son of Man coming on the clouds of heaven, with power and great glory. Matthew 24:30

But the day of the Lord will come like a thief. The heavens will disappear with a roar; the elements will be destroyed by fire, and the earth and everything done in it will be laid bare. 2 Peter 3:10
Posted by Janet Martin at 10/13/2011