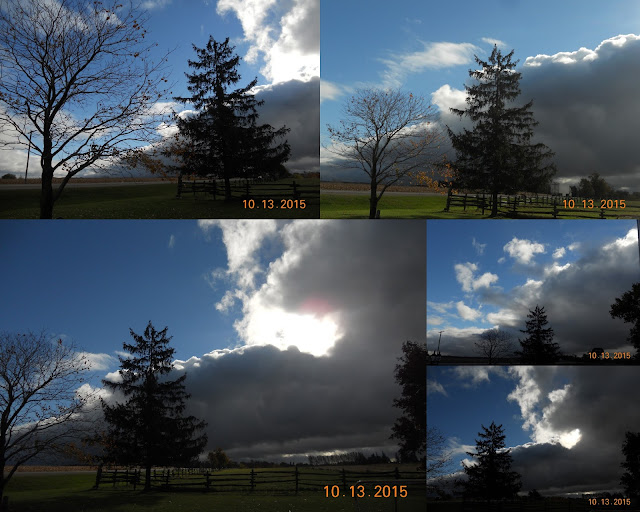 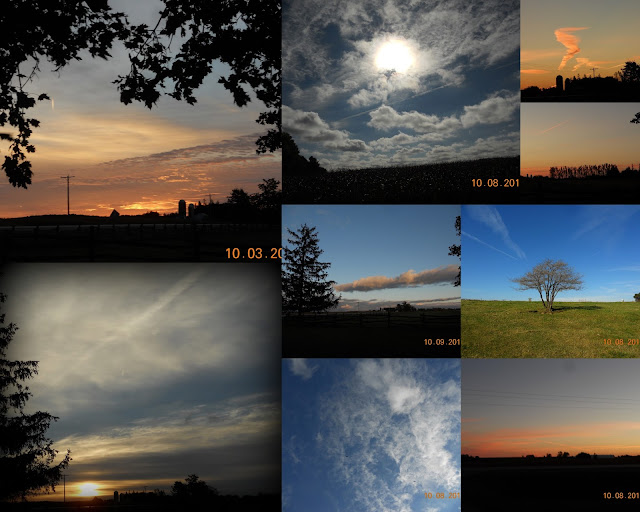 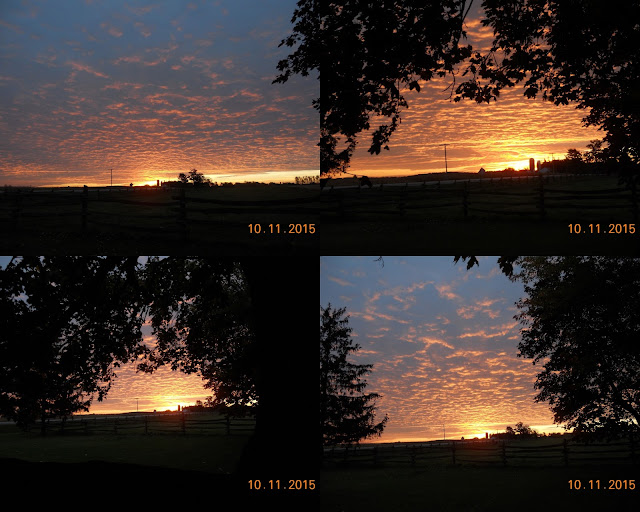 October hangs up one masterpiece after another!

Beneath the heath of heaven seasons brim
Time’s hierarchy an ever-shifting scrim
Common moments are something to behold
...October hangs skies, blue-gray-blush and gold

Above October gardens decomposed
Skies bloom, celestial Masterworks exposed
Earth’s room has window-seats where we can sit
Sunrise and sunset fill the frame of it

Ten-thousand-thousand miracles expire
No one can name them, heaven is on fire
With October and possibility
Its skies surprise prayers with humility

The roof of earth pokes through leaf canopies
October lowers awnings, fills its eaves
With clash of tempests, joy-grief filigree
Where one without the other cannot be

October skies are Paradise half-told
To we, poised on earth’s blue-dot pot of gold
Where we exclaim, as if discovery
Were thought's first prize; October's skies are free 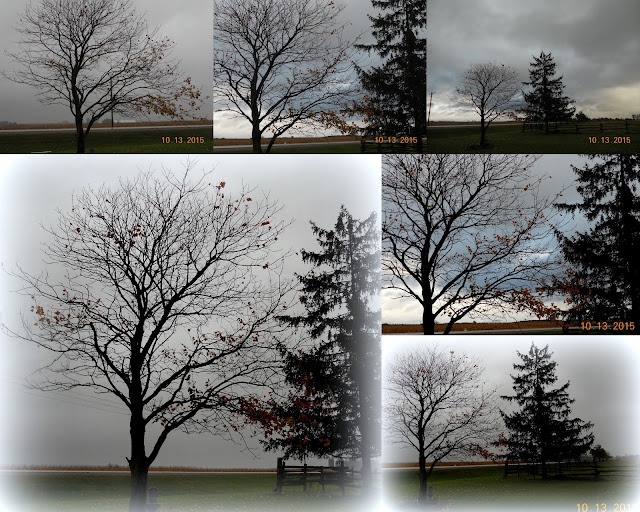