Of Fireside and Friendly Chair (hubby would testify this is definitely a direction on his compass:) 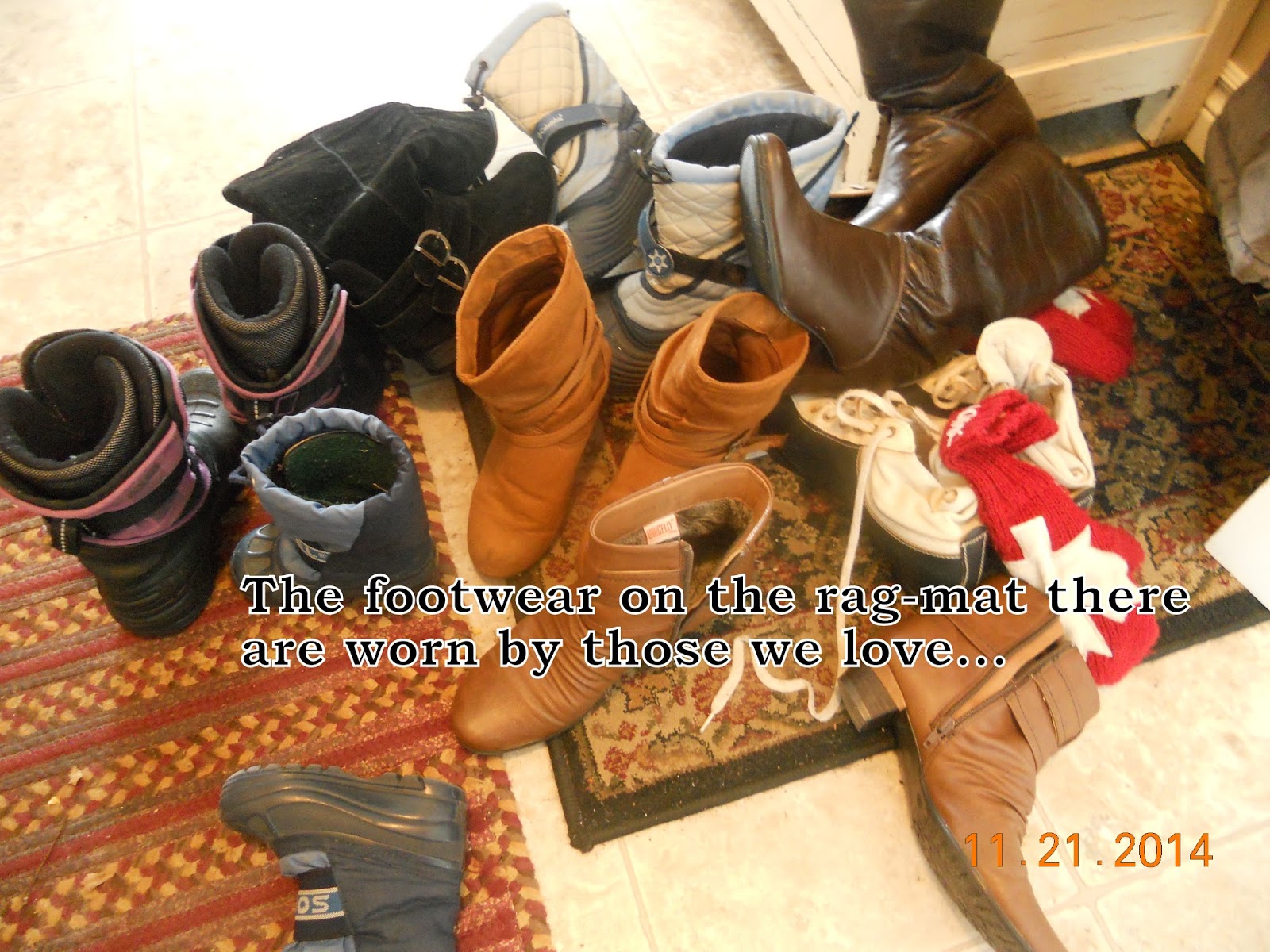 I was going to call the person who kicked off their footwear to come and put it away...then I noticed most of it was mine...oops;-(

PAD Challenge day 21: For today’s prompt, pick a direction on the compass, make it the title of your poem, and write that poem.


From north and south, from east and west
Wherever we come from
The one direction we love best
Is that which points us home

The heart for all its dreaming ways
Wherever it may roam
Concedes, no matter where its strays
There is no place like home

And though the lure of distant quest
Of sea or mountain air
May draw us, north, south, east and west
To taste its fancied fare

…nothing can ever quite compare
With that to which we come
Of fireside and friendly chair
And darling home, sweet home

Jim says there is one thing that motivates him every Monday when he leaves; to see how soon he can point the nose of his rig homeward. It is pointed that way now somewhere in the big, white north. 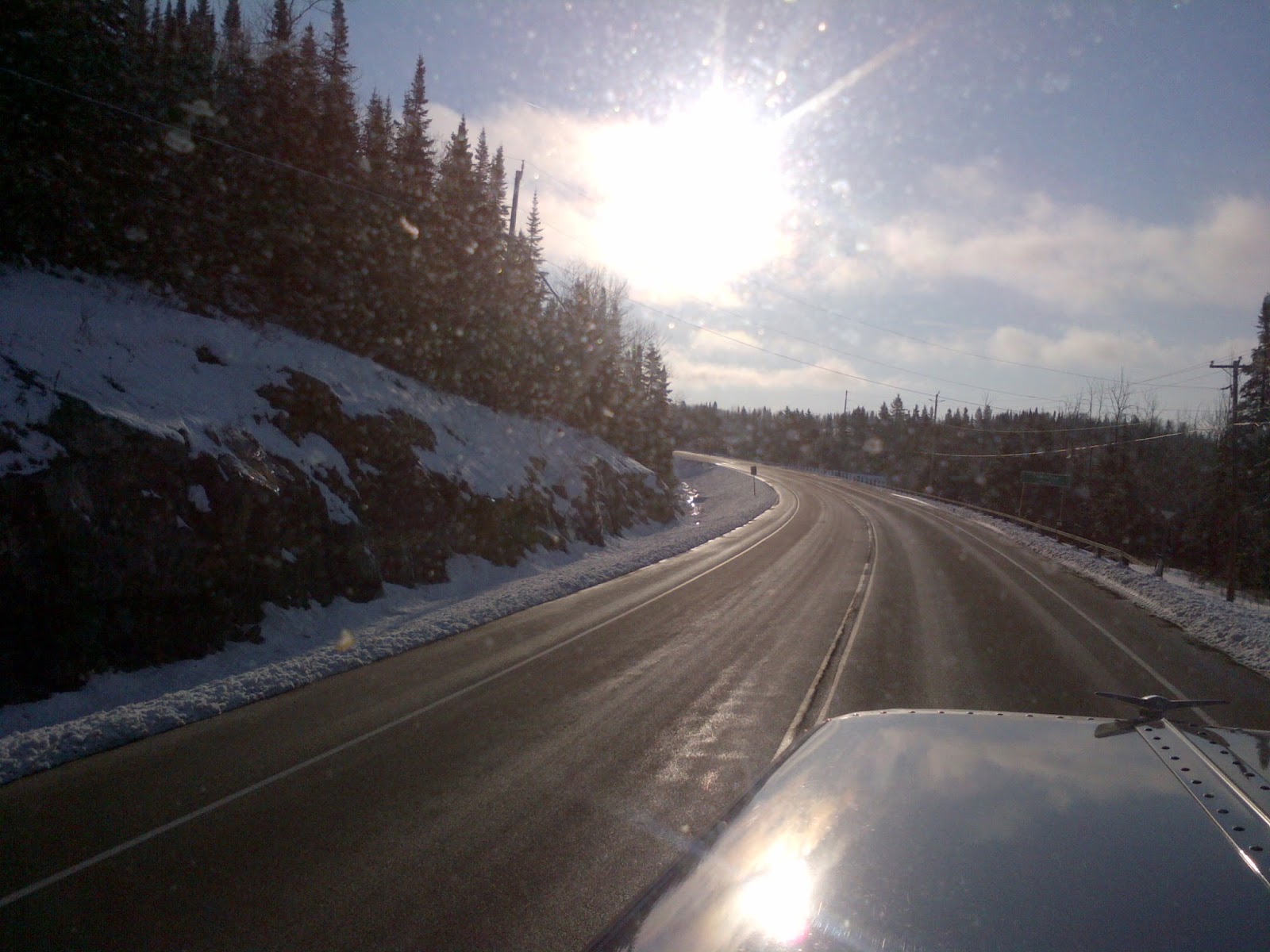 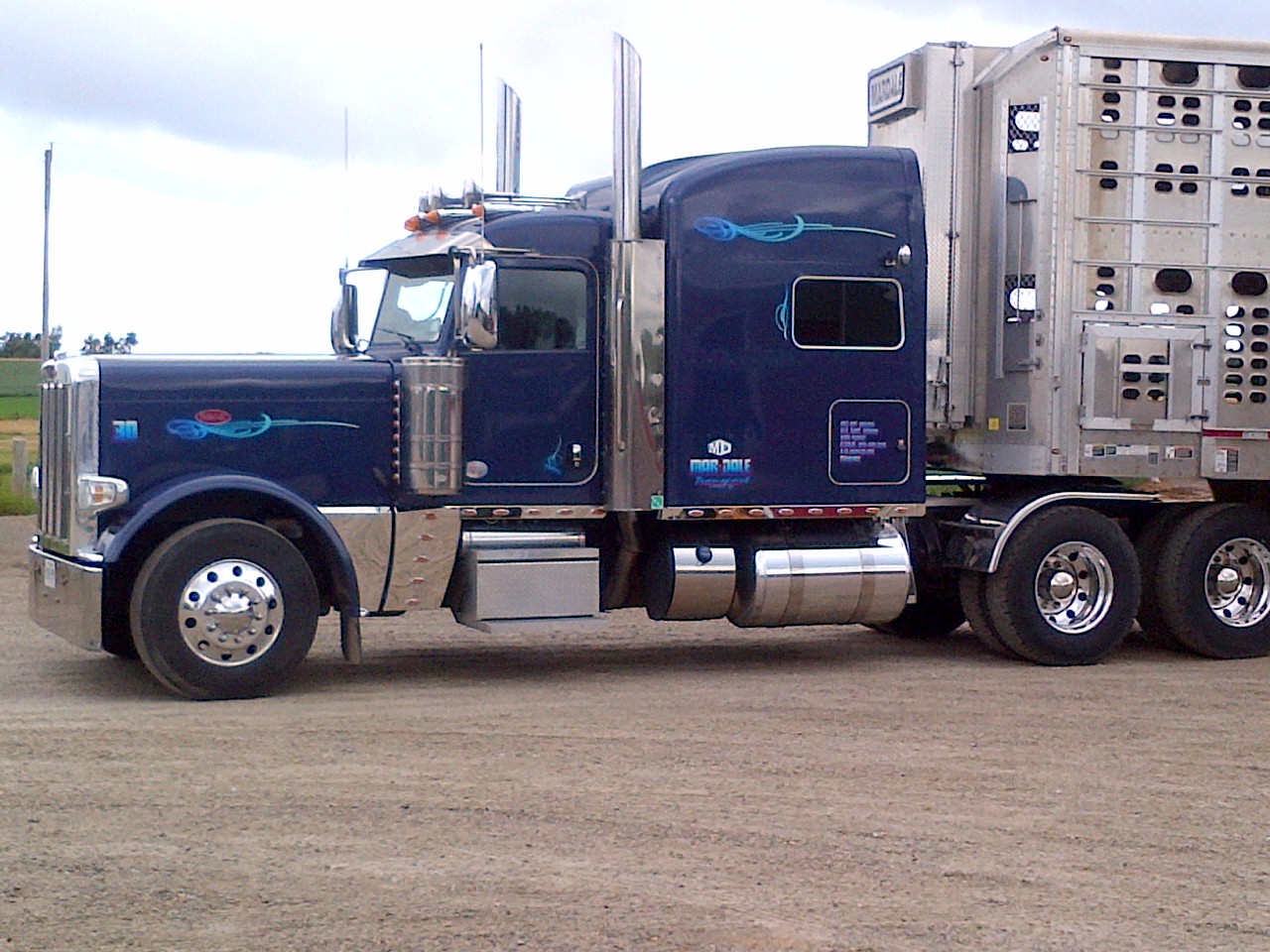 Most truckers prefer the green backdrop to white:)

Last week this crash reignited fervent prayer for all our trucker-heroes! Thankfully no one was seriously hurt!

We are proud and thankful for our dedicated transport truck-drivers!