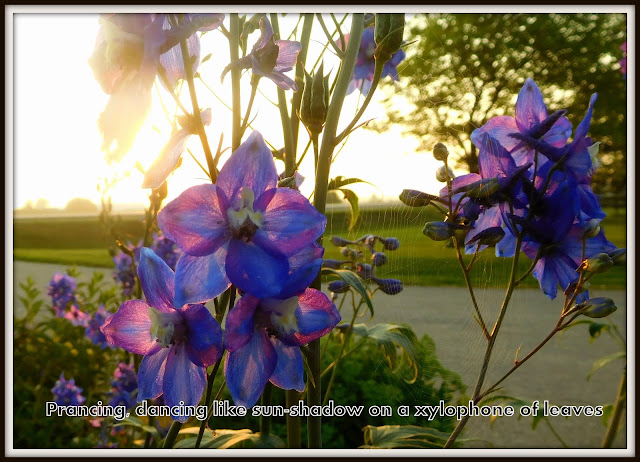 Blushes on dawn’s yawning tarmac
Rouses bird-song, melts the veil
That soft-blanketed the landscape
Where the surging skylines pale
Tumbling, teeming, tick-tock thunder
Coursing through youth’s precious prime
Leaving in its wake fresh wonder
For the ancient ways of Time

Draws the laws of human-nature
Stalwart though its stance may be
To the place where face and stature
Proves mankind’s mortality
Leaping, steeping, sweeping torrent
Ever-ebbing in its surge
Meeting, melting in a moment
Where the past and future merge

Bathes the birth of day in Beauty
Earth and its fullness thereof
Tempers bonds of dream and duty
With the First Command; to love
Tests the best of bold bravado
And its jest, with gathered sheaves
Prancing, dancing like sun-shadow
On a xylophone of leaves

Email ThisBlogThis!Share to TwitterShare to FacebookShare to Pinterest
Labels: time