When We Remember...a Hallelujah Hymn 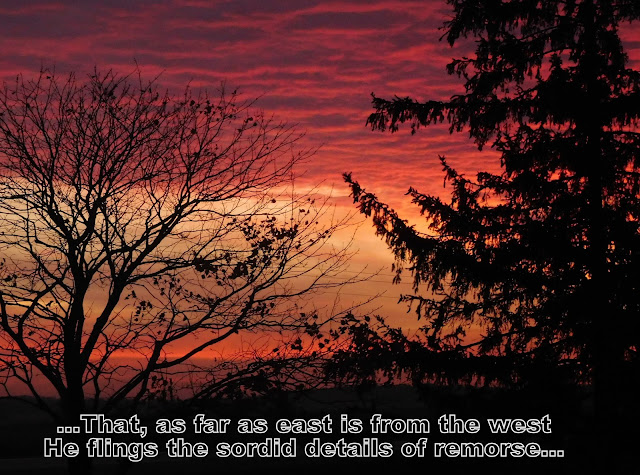 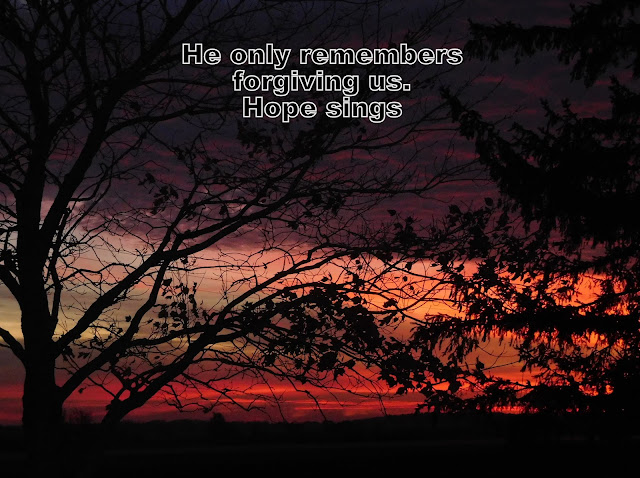 When we remember that He remembers naught
That, as far as east is from the west He flings
The sordid details of remorse at redemption besought
And He only remembers forgiving us; Hope sings

It is not for nothing that we press toward a shore
Beyond the death where debt would damn the dead
Then we remember (because of Jesus) He remembers our sin no more
Hope weeps for joy and marches, hallelujah, straight ahead