I was getting ready to head out the door, dumbly floored by the brooding window-scape...
suddenly completely betaken by what became this unplanned poem.
and that, my dear reader-friends,
is the tender-splendored and dominant yoke of a poet:_) 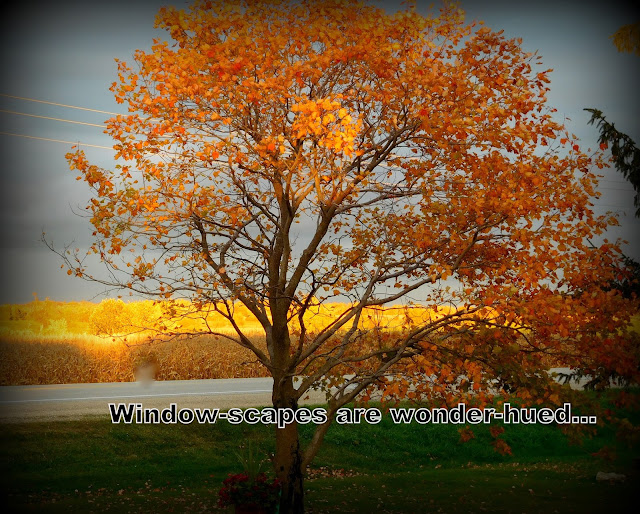 (but if she hurries, she won't be too far behind, she hopes:) 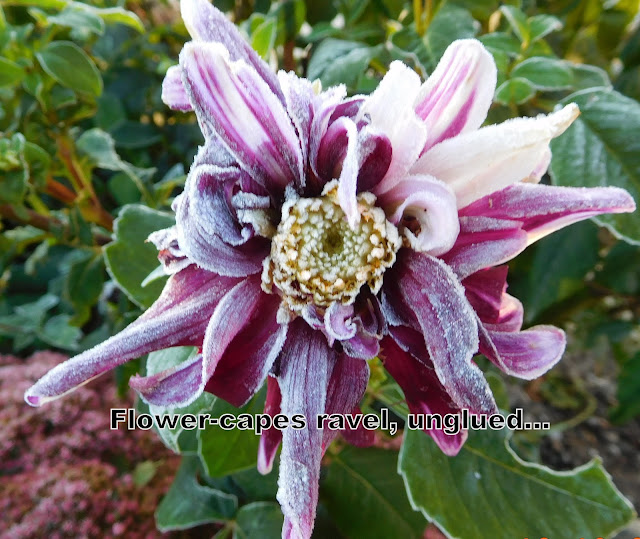 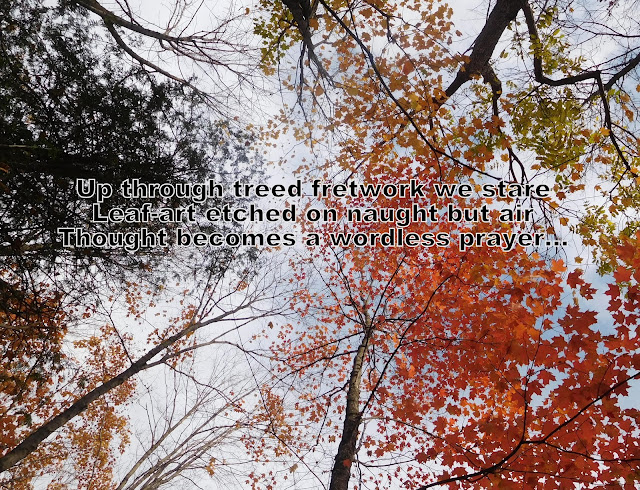 Winter-spring-summer and fall
Moment-metered madrigal
Cloaks its circuit in a shawl
Draped in umber slumber
Em’rald, azure, cinnamon
Spills in thrills then wills undone
Soft a year is here and gone
Labelled with a number

Timeless treasure, here and now
Spills its measure, takes a bow
Yet is always full somehow
With virginal offers
Take and make the best of it
Break and seize the quest of it
Soon, too soon the zest of it
Rests in ashen coffers

Blaze of auburn, russet, maize
Gratifies the greedy gaze
Oh, but falls prey to the ways
Held in melded hours
Touch, but do not clench the fist
None can wrench or quench the grist
From the Hand that grants the mist
That unravels flowers