When You're a SOYP Writer 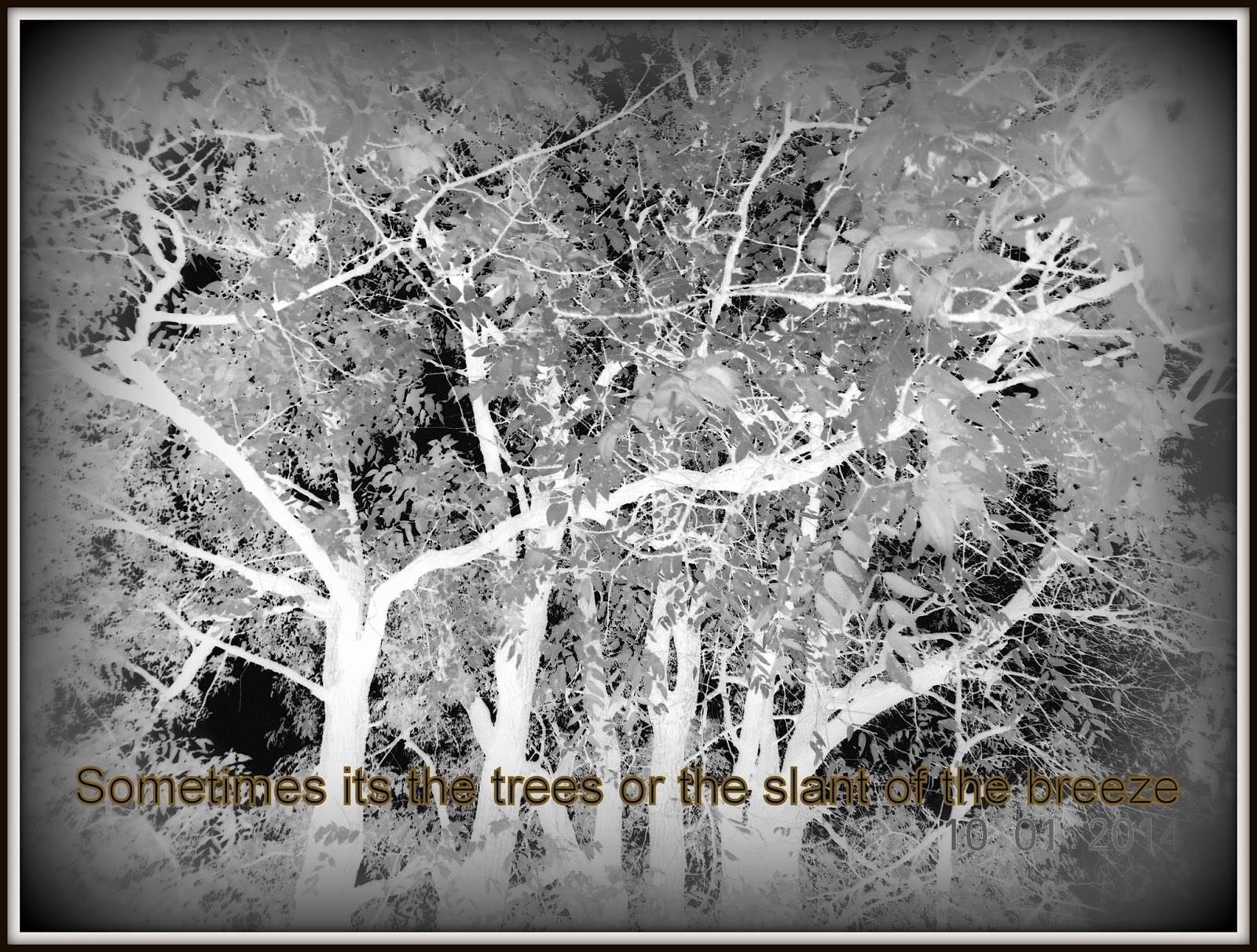 Sometimes it’s the trees or the slant of the breeze
Or the shape of a shadow’s fall
It might be the moon or the baritone tune
Of rain on a late-autumn wall
Or, sometimes the fire is lit by a spire
Etched hard on the soft-dying day
Perhaps it’s the mist on a morn purple-kissed
Whispering nighttime away

Sometimes we are stirred by the slur of a word
Teasing and twisting the air
In shovels of dirt you revel; in hurt
You slide down night’s arabesque stair
Sometimes you wait on the old garden gate
Sometimes you roar like a fighter
That’s just how it is; poised on imminent bliss
When you’re an SOYP writer

They say there are two kinds of writers; the organize/plan mind or the seat of your pants kind.
I tend to be the latter,
but it doesn’t matter
‘cause it’s nice to exist
poised on imminent bliss!